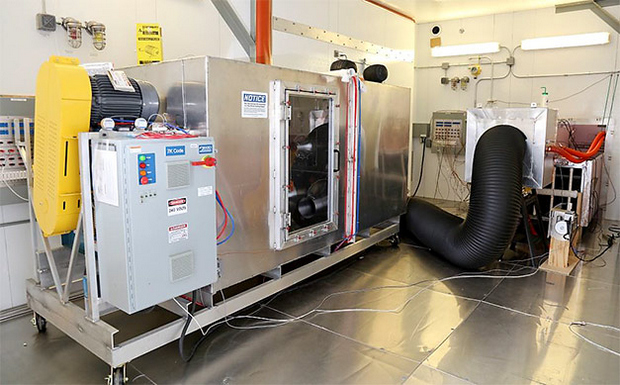 The viability of new lower GWP alternative refrigerants in high ambients are said to have been proven in new tests.

The drop-in tests on R22 and R410A rooftop air conditioning units were carried out by the US-government-backed Oak Ridge National Laboratory (ORNL) in response to concerns over whether HFC alternatives would be able to perform well in hot and extremely hot temperatures.

ORNL says the results demonstrate that several viable replacements exist for both R22 and R410A and that these potential replacements perform just as well at high temperatures as today’s refrigerants.

All the alternatives tested were A2L “mildly flammable” refrigerants. The best known is R32, the only single-component refrigerant under test, which is already being used in new small splits around the world.

Those tested for R22 replacement were:

The R410A alternatives tested were: