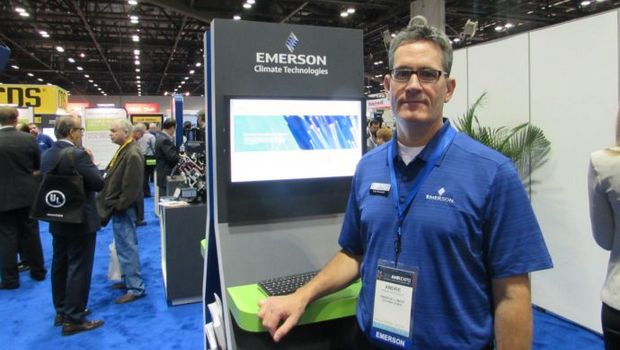 Its high efficiency and low environmental impact have triggered a widespread resurgence for R290.

At a time when refrigerants are being closely evaluated for their environmental impact, propane (R290) is emerging as an increasingly viable alternative to synthetic refrigerants.

With a global warming potential (GWP) of three and an ozone depletion potential (ODP) of zero, R290 poses virtually no threat to the environment. In fact, the Environmental Protection Agency (EPA) has listed R290 as an acceptable refrigerant substitute under its Significant New Alternatives Policy (SNAP), and recently exempted it from the venting prohibition in Section 608 of the Clean Air Act.

For some perspective on what’s behind all the concern about refrigerants and the environment, the EPA estimates that an average supermarket using the hydrofluorocarbon (HFC) refrigerant R404A leaks about 25% of its refrigerant charge annually, resulting in approximately 1,556 metric tons of CO2- equivalent emissions — or the annual energy from 165 homes. If you extrapolate that data across the number of grocery stores and other refrigeration applications in service globally, the magnitude of this impact quickly becomes apparent.

It’s no surprise then that an international wave of regulatory actions aimed at phasing down high-GWP HFC refrigerants is underway, including: the European Union’s F-Gas regulations, the EPA’s SNAP process and the recent Kigali Amendment to the Montreal Protocol. One result of this regulatory activity is an increased interest in the potential of natural refrigerants, including R290.

Among its advantages, R290 has excellent thermodynamic properties — such as low back pressure, high volumetric capacity and high coefficient of performance — that are very similar to those of R22. In Emerson’s test labs, R290 consistently outperforms R-404A in energy efficiencies, showing that it can help manufacturers meet the Department of Energy’s new efficiency requirements for commercial refrigeration equipment.

According to Howell Feig, national sales manager of AHT Cooling Systems USA, 2016 was a turning point for propane adoption.

“More and more of our customers are moving toward propane,” said Feig. “From a business perspective it just makes sense. Our self-contained R290-based units are eco-friendly, energy-efficient and reliable.”

Propane was a true “green” refrigerant long before science had conceived of environmental problems such as ozone depletion and global warming. Its use dates back to the early 1900s when refrigeration systems relied solely on naturally occurring compounds like hydrocarbons in the compression cycle. From the beginning, R290 was characterized by its pros and cons — excellent thermodynamic properties on the one hand, potential flammability on the other. The fact that these early systems were prone to leaking didn’t help alleviate concerns about the latter.

In the 1930s, the invention of synthetic, non-flammable chlorofluorocarbon (CFC) refrigerants all but eliminated the use of propane in refrigeration applications. But in the 1980s, when CFCs were found to deplete the earth’s ozone layer, the refrigeration industry once again started taking a closer look at natural refrigerants. Then, in the 1990s, as HFCs were identified as sources of global warming, the stage was set for propane’s wider resurgence.

European food retailers were among the first to deploy R290 based systems in the early part of the 21st Century. Ten years later, a handful of early adopters in the U.S. started using R290 in commercial refrigeration. Today, the commercial refrigeration industry is witnessing a proliferation of R290 systems, and some OEMs are making R290 the basis for their entire product portfolios.

For the most part, R290 has been limited to smaller, self-contained applications due to a longstanding charge limit of 150g. Codes and standards groups such as the International Electrotechnical Commission (IEC) and Underwriters Laboratories (UL) are currently evaluating charge limit increases for R290 applications; updates to these standards are expected within the next few years.

In many ways, R290’s re-introduction in refrigeration was born out of necessity. With many operators setting corporate sustainability goals and seeking to avoid regulatory entanglements, R290 is one of the few options capable of meeting both strategic objectives. And, as modern refrigeration technology has evolved to ensure component and equipment safety, the stigma that R290 is unsafe is quickly evaporating.

“It hasn’t been overnight, but perceptions about propane are definitely changing,” Feig said, recalling that AHT’s focus on propane started with its European customers almost 20 years ago.

“We started down the path of manufacturing bunker-style cases for our European customers in the late 1990s, and had deployed them by 2002,” Feig said. “These customers looked to propane primarily because of its negligible impacts to the environment and higher efficiency.”

By 2010, Feig said that some of AHT’s environmentally driven U.S. customers started asking for self-contained R290-based equipment. These early adopters served as proof-of-concept for those who followed, including many of today’s retailers placing propane refrigeration applications in select stores.

In 2016, Target stated that all of its new stand-alone coolers with a compressor capacity below 2,200 BTU/h would use propane. When a major retailer like Target announces its plans to move toward R290-based refrigeration systems, it’s an indication that viability and/or safety concerns are quickly becoming a thing of the past.

Feig said that AHT is seeing a similar trend throughout its customer base, especially among retailers who have a strong commitment to sustainability across their entire food supply chain. Whole Foods Market is one such example.

“At this point, we’ve installed AHT propane cases in more than 100 Whole Foods stores across the country,” Feig said. He added that the retailer is known for evaluating every possible option to reduce its carbon footprint; AHT’s variety of propane-based equipment — from spot cases and islands to frozen doors and multi-deck units — could comprise a whole-store solution in many scenarios.

Another big concern in regard to R290 systems is serviceability. But Feig said that this is yet another lingering misperception.

“Our customers don’t have to deal with the complexity of remote refrigeration systems,” he noted. “Not only can technicians quickly be trained to work on these units; any problem they might have is isolated, meaning they don’t have to worry about food loss across a whole department.”

AHT’s customers appreciate the simplicity of the installation process, he added.

“Our cases are factory-sealed and extremely easy to deploy. Many of the models are plug and play, and while others may require connection to a water loop, those are still relatively easy and quick to install.” AHT’s current propane product line adheres to the R290 charge limit of 150g.

Although OEMs and operators alike are working within the 150g charge limit, Feig feels that even incremental increases in the limit would make a significant difference.

“Increasing the charge limit would have a huge impact on case designs and further improve propane’s performance efficiencies,” he said. He explained that an increase to 500g, for example, would allow one compressor to service larger cases. But even with the current 150g charge limit in place, AHT will transition its entire product line to R290 by the end of 2017.