OEMs flock to hydrocarbons in U.S. 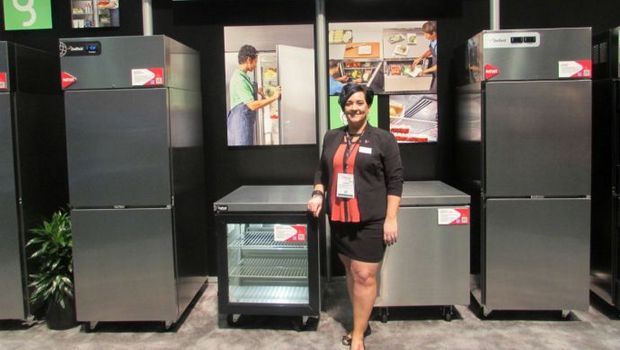 Myriad manufacturers of commercial refrigeration have made the move to propane and isobutane inorder to meet the DOE’s new efficiency standards– and prepare for the EPA’s refrigerant changes.

On February 28, 2014, the U.S. Department of Energy (DOE) announced new efficiency standards for commercial refrigeration equipment – an update to the last round of standards implemented in 2012.

After a period of extensive review incorporating industry feedback – and despite some legal challenges by industry groups – the new standards went into effect on March 27, 2017.

They cover a wide array of equipment, including vertical, semi-vertical and horizontal cases, with and without doors, at medium and low temperatures, and using remote and self-contained condensing units. And they make the average commercial refrigeration unit about 30% more efficient compared to the previous standards.

Setting minimum energy conservation requirements for commercial refrigeration equipment – along with more than 60 other categories of appliances and equipment – is something the DOE is required to do periodically under federal laws passed in 1975 and 1987 and updated since then. Despite the Trump administration’s plans to roll back regulations and cut funding for DOE and Environmental Protection Agency (EPA) programs, the 2017 standards are set, and would take years to undo.

While this routine puts pressure on manufacturers to invest in regular equipment upgrades, the impact on cost savings and environmental protection is profound. According to the DOE, over the next 30 years the 2017 standards will save end users like supermarkets up to $11.7 billion on electricity bills, while cutting carbon pollution by about 142 million metric tons – equivalent to the annual electricity use of 14.3 million U.S. homes.

“In our supermarkets and grocery stores, refrigeration can use almost 40% of total energy use – contributing a large portion of these businesses’ utility bills,” said former Energy Secretary Ernest Moniz. “By improving the energy efficiency of commercial refrigeration equipment – like restaurant-size fridges or the deli case at your local grocery store – we can make our businesses more competitive, reduce greenhouse gas emissions and save money.”

As part of releasing new efficiency standards, the DOE provided estimates of the minimum energy consumption that can be achieved for each piece of equipment using the best available technology. Often these ideal energy consumption levels are not much beyond what the DOE is actually requiring.

Also on March 27, the Environmental Protection Agency announced the ENERGY STAR 4.0 efficiency standard, which applies to a range of commercial and home appliances. This optional standard is typically at least 15% more stringent that federal requirements.

For OEMs, the challenge imposed by new energy efficiency standards is how to go about meeting them. What combination of components will do cost effectively do the trick? This is where natural refrigerants, specifically hydrocarbons like propane (R290) and isobutane (R600a), come in.

The DOE lists numerous technologies that can increase the efficiency of equipment, such as variable-speed compressors, fan motors and LED lighting. A more fundamental decision, though, is what type of refrigerant to use. And what many OEMs interviewed last month at the NAFEM show in Orlando, Fla., said (including True Manufacturing, Welbilt, Fogel, Imbera, Beverage Air, among others) is that switching from HFCs to hydrocarbons can provide a critical boost to the efficiency of a commercial refrigeration system, particularly those that use solid or glass doors, for which the mandated jump in efficiency is greatest.

“Major light commercial equipment suppliers, if not all, have developed or are developing hydrocarbon solutions for the majority of their models,” said Antoine Azar, former global program director for Coca-Cola and head of his own sustainability consulting practice, Sustainable Solutions

Indeed, in some cases, only by using hydrocarbons can equipment meet the DOE’s demanding 2017 standards. That was true for Guatemalan OEM Fogel, said Federico Barquero Tefel, the company’s vice president of commercialization.

Fogel’s 7-cu.-ft. countertop cooler was able to meet the DOE’s 2012 efficiency standard using R134a. “But if we want to use that now, the unit would not pass [the 2017 standard],” he said. “So we went with [propane] and lowered its energy consumption. And that’s just one example.”

Outside the U.S., OEMs have long taken advantage of the efficiency of hydrocarbons in refrigeration. For example, on the domestic side, there are more than two billion hydrocarbon refrigerators and freezers in homes worldwide, according to True Manufacturing. Commercial refrigerators using hydrocarbons have been used for more than 20 years, with more than four million units installed today.

But in the U.S., concerns about hydrocarbons’ flammability – despite the small charge (150 g) allowed in commercial refrigeration equipment – have slowed adoption. Still many major end users are embracing hydrocarbon equipment. And some OEMs would like to raise the charge limit to at least 500 g in order to more economically support larger applications.

The DOE’s efficiency rules represent the most immediate regulatory pressure on commercial refrigeration. But another regulation is on the horizon; the EPA’s SNAP (Significant New Alternative Policy) program plans to delist HFCs like R404A, R507A and R134a in stand-alone commercial equipment in 2019 and 2020, forcing manufacturers to switch to lower-GWP refrigerants. Hydrocarbons, with their near-zero GWPs, fit that need as well, and many OEMs are using them with an eye to preparing for the delisting of HFCs.

A number of major brands and retailers are turning to hydrocarbon equipment. Dr Pepper Snapple Group’s acquisition of propane coolers “is getting underway,” said spokesperson Chris Barnes. “We’re working with several different suppliers for this equipment, and they’re at different stages of deployment with their systems, so implementation of new R290 cooling equipment in our system will begin soon.”

In the U.S., PepsiCo is phasing out HFCs from new vending machines and coolers in 2019, using propane instead “where regulations allow,” said Emad Jafa, director, R&D equipment development, PepsiCo. Currently PepsiCo is halfway through its conversion plans.

Hannaford Supermarkets has installed AHT‘s dual-temperature spot propane cooler in the seafood department at 30 stores, said Harrison Horning, director of equipment purchasing, maintenance and energy for Hannaford. The chain is also running about 120 of True’s propane beverage coolers in about 15 stores, with plans to install about 100 more per quarter “until we have them in all Hannaford stores,” he said.

In addition, Hannaford has two stores using eight to 10 low-temperature, self-contained propane island cases from Novum Refrigeration Technology. “We are considering Novum dual-temperature coffin cases for another store, and may continue to install them in more stores in the future where it makes sense to replace old coffins with new coffins” said Horning.

Hannaford is also developing plans to install water-cooled, self-contained R290 display cases in a proposed new store. This would include all low-temperature cases, about 16 in all. Horning is considering using either an air-cooled chiller or a fluid cooler to cool the water.

“It appears the R290 market may be gaining momentum,” he said.