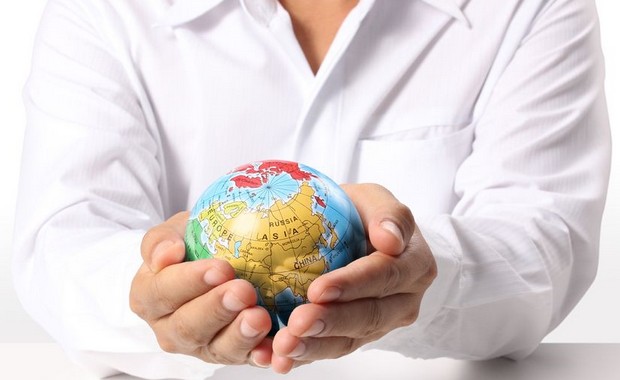 In both technical and non-technical literature, fluorine-containing (HFC) refrigerants are increasingly referred to as ‘chemical’ or ‘synthetic’ refrigerants in contrast to the so-called ‘natural’ refrigerants. Generally ‘chemical’ is now seen by some as being ‘bad’ and is contrasted with ‘natural’, which implies ‘good’.

In contrast to fluorine containing refrigerants, water, air, carbon dioxide, ammonia and some hydrocarbons are ‘natural’ in the sense that they are present in the biosphere. But this, in itself, does not necessarily make them desirable as refrigerants.

Sulphur dioxide is ‘natural’, but so is dichlorodifluoromethane (CFC-12), which has reportedly been detected in volcanic gases, both now rightly rejected as refrigerants.

Ammonia and carbon dioxide are manufactured from methane – ironically called ‘natural’ gas – in large chemical plants, so they are just as much ‘synthetic chemicals’ as the fluorocarbons.

Calling carbon dioxide and ammonia ‘natural’ in contrast to the ‘synthetic’ fluorocarbons makes a generic distinction in terms of their origin and is thus meaningless.

If the carbon dioxide is recovered from biomass fermentation, then it might reasonably be termed ‘natural’, or at least ‘biochemical’. A better term is ‘sustainable’.

Ammonia obtained from putrefying animal wastes would be ‘natural’, although the process is unlikely to be economic. More sensibly, ammonia might be manufactured sustainably from hydrogen obtained from the electrolysis of water, using renewable energy and atmospheric nitrogen through conventional technology.

In principle, this approach is sustainable, although it involves a ‘chemical synthesis’, so the ammonia produced should be described as ‘synthetic’ or ‘chemical’, not ‘natural’.

If the hydrocarbon refrigerants were simply recovered by distillation from natural gas then they could reasonably be described as ‘natural’, but would not be sustainable.

They might be obtained from biomass processing, but products thus obtained would be ‘synthetic chemicals’ and could not be described as ‘natura’ – but they would be sustainable.

Methoxymethane (dimethyl ether, DME or CH3OCH3), already manufactured on a substantial scale as an aerosol propellant, is a promising low global warming refrigerant. We cannot find any reports of biological sources, so at present we do not regarded DME as ‘natural’. Although clearly ‘synthetic’, it is being developed as a second generation bio-fuel and will therefore be available as a ‘sustainable’ but ‘synthetic chemical’ refrigerant.

Some may consider the above discussion is pedantic and would suggest that ‘natural’ is just a convenient label to identify a group of refrigerants that have low direct environmental impact. Although lacking precision, this might be perhaps acceptable as ‘jargon’ for those working in the refrigerant field. But this would be to miss the point.

Bearing in mind that the scientific and technical communities are often criticised for not communicating their work clearly to the general public, we should remember the adjective ‘natural’ conveys a specific meaning to the non-technical general public, essentially as defined by the Oxford Dictionary as: ‘existing in or derived from nature; not made or caused by humankind’.

We maintain that ‘natural’ also implies to the general public that products are intrinsically safe, or at least low hazard.

But in the case of ammonia and hydrocarbons, this is manifestly not the case with regular reports in the press of accidents.

The fluorinated refrigerants (CFCs, HCFCs and HFCs) were originally introduced because of their demonstrably low hazard at point of use and – despite the admittedly marginal flammability R1234yf – the latest HFO refrigerants are also low risk in this sense.

In conclusion, we could say that the term ‘natural’ applied to refrigerants is an ideological obfuscation. To meet the considerable danger of anthropological global warming, we consider that all refrigerant options, both so-called ‘natural’ fluids and ‘synthetic’ HFOs, are needed to facilitate the transition to a ‘low carbon’ technology as quickly and as safely as possible.

The refrigeration and air conditioning industries appear to agree, since a manufacturer will often sell equipment for hydrocarbons, carbon dioxide as well as HFCs/HFOs.

The International Institute of Refrigeration has just published its life cycle climate performance (LCCP) report, noting that: ‘Focusing solely on GWP can lead to irrational and counterproductive decisions.’ This elegantly sums up the ‘chemical’ vs ‘natural’ debate.

The ultimate target must be ‘sustainable’ – albeit ‘synthetic’ – refrigerants manufactured from bio-renewable resources by environmentally low-impact processes based on green chemical technologies and consistent with the ethos of circular manufacturing technology.

In the early 22nd century we could conceive of energy efficient refrigeration and air conditioning mainly based on just CO2, water and air, that combine low hazard at point of use with low global impact.

But in the interim, ammonia, hydrocarbons, HFOs and lower GWP HFCs all have roles to play in reducing the contribution of our industry to global warming.