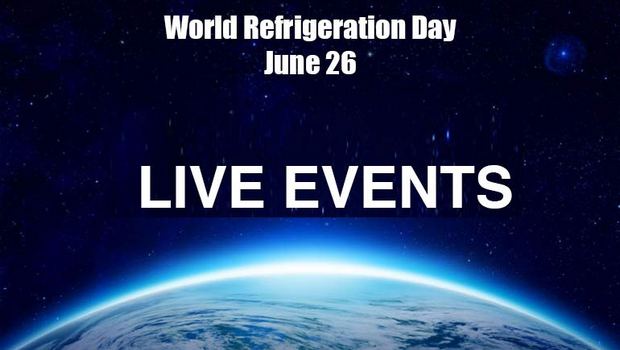 June 26 marks a very special day for the refrigeration, air conditioning and heat pump industries. World Refrigeration Day has brought the global “Cooling Family” together like never before.

It is truly remarkable how an idea, which first germinated in the mind of a British refrigeration consultant, has been received, supported and acknowledged in every corner of the world.

The day may coincide with the birthday of William Thomson, better known as Lord Kelvin, the Scottish-born father of thermodynamics and creator of the Kelvin scale, but June 26 should recognise all the pioneers who contributed to the advancement of refrigeration and air conditioning.

There were so many who had a huge hand in the invention and development of today’s cooling technology, from Ibn Sina, the 11th century Persian chemist and physicist, through Americans Oliver Evans, Jacob Perkins and John Gorrie, the Australian James Harrison, Kelvin’s fellow Scot William Cullen, the German engineer Carl von Linde, and, later, air conditioning pioneer Willis Carrier. There are many more.

The technology continues to evolve, efficiencies increase and methods found to reduce the environmental impact of a technology which is relied upon in so many aspects of daily life. Many of these have been incremental changes, the ideas and breakthroughs of so many whose efforts are largely unknown and unrecognised even by those in this industry, let alone the wider world.

Not that the idea of a special industry day is a new one, but getting a consensus for a fixed date from organisations around the world certainly is.

“Refrigeration, air conditioning, and heat pump technologies and applications have evolved out of a human need for food, comfort and thermal processes, with a history dating back centuries, however it remains a longstanding frustration for those working within the industry that it is not widely recognised that modern life could not exist without it. Nor is there any appreciation by wider society for the skills and knowledge employed on a daily basis by industry professionals.”

All across the world, organisations, companies and individuals are organising events to mark the first World Refrigeration Day.