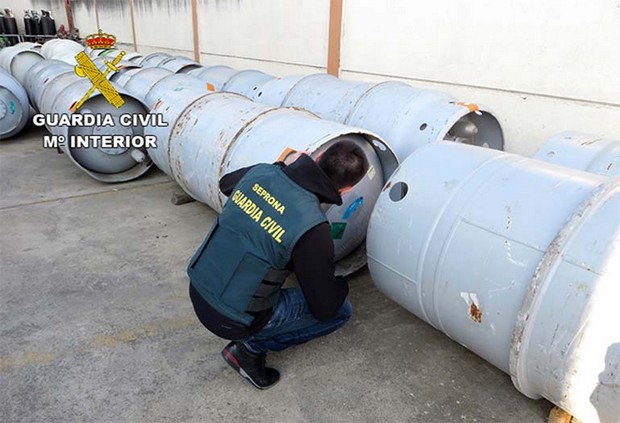 The Guardia Civil has uncovered an alleged illegal trade in refrigerant R22 being carried out by a Valencia-based company which is thought to have netted up to €1m.

Ten people were allegedly involved in the illegal export of as much as 10 tonnes of R22 from Spain to Panama. The company involved has not been named.

The specialised environment and urban planning unit of the Spanish Public Prosecutor’s Office coordinated the Spanish Civil Guard’s Nature Protection Service, SEPRONA, to carry out the investigation, which was supported by Europol and the French National Gendarmerie.

The investigation revealed that the company was involved in smuggling the R22 without a licence, bringing in an estimated €500,000 to €1m in profit.

Police launched their investigations in 2017 when the Spanish Ministry of Environment was informed of R22 gas allegedly being exported to Panama illegally. The operation disclosed that the company repackaged R22 refrigerant that should have been sorted as hazardous waste. 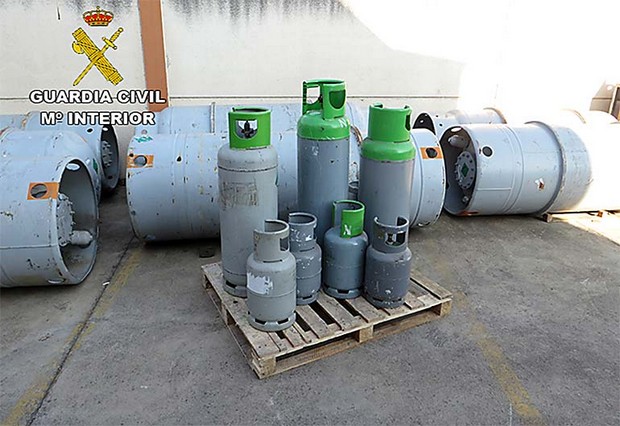 The investigations were initiated as a result of the communications received from Spain’s Ministry for the Ecological Transition (MITECO), which warned of an alleged irregular export of reclaimed R22 refrigerant gas to Panama.

The company did not inform the European Commission about the real exports it made, nor was it providing detailed data on its storage of refrigerant gases as required. It also did not report the reality of the gases recovered and those effectively destroyed or eliminated. On the other hand, it was carrying out export operations under the name of reclaimed R22 but lacking the mandatory European export license.

According to the Guardia Civil, the company repackaged R22 refrigerant that should have been managed as hazardous waste and destroyed, without compiling the appropriate documentary record to enable their traceability as waste. It is estimated that it would have carried out the illegal export of some 10,000kg of gas as reclaimed product without having the authorisation or capacity in its facilities to achieve this classification of gas.

The Spanish authorities have a history of successful actions against the illegal trade in R22. In 2014, SEPRONA and the Spanish Public Prosecutor’s Office were involved in investigations into suspicious cases of export licence applications involving large amounts of R22 being delivered to ships of various flag state. The R22 originated from China and was imported by ship into Spain legally, but with the obligation to re-export the whole amount after re-packaging.

In 2012, the Spanish Guardia Civil carried out raids on several companies in in Las Palmas, where at least two companies were involved in illegally diverting R22 to be re-exported into the European market. False export licence applications were made and higher exports were declared than actually performed. The surplus material was apparently sold illegally and partly declared as non-virgin to Spanish and Lithuanian companies. Over 150,000kg of R22 was seized.

More recently there have been crackdowns on internet sales, with action being taken against at least four individuals. Prison sentences of three months and six months were given to two individuals convicted of selling R22 over the internet.