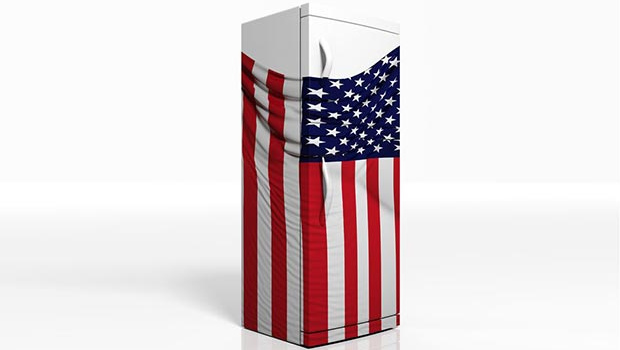 The US Environmental Protection Agency (EPA) has cleared the way for hydrocarbon refrigerants to be used in new household refrigerators and freezers.

A new standard published earlier this year – UL 60335-2-24 – updated the safety requirements for hydrocarbon fridges in the US, increasing the charge up to 150g, and bringing them in line with international standards. Only 57g of refrigerant was allowed under the previous standard, a charge size considered too small to allow cost effective and energy efficient manufacturing.

While other countries have been using hydrocarbon fridges for over a decade, US consumers have continued to purchase around 12 million new fridges a year using R134a. It is estimated that if the US follows the rest of the world in eliminating R134a in domestic fridges, it could avoid emissions of up to 3.7 million metric tons of direct CO2 equivalent annually.

“The U.S. market has lagged behind the rest of the world for many years in adopting climate-friendly fridges, due to an outdated restrictive standard that had prevented hydrocarbon refrigerators used globally from entering the market. This rule will allow innovative American appliance manufacturers to catch up with the rest of the world,” said Avipsa Mahapatra, climate campaign lead of environmental group EIA. “This rule would also help meet American commitments to reduce HFCs under the Kigali Amendment to the Montreal Protocol.”

EIA, together with the North American Sustainable Refrigeration Council (NASRC), submitted a petition in September requesting that the EPA take this step.

The new rule has been submitted for publication in the Federal Register. It will enter into force 90 days from date of publication.