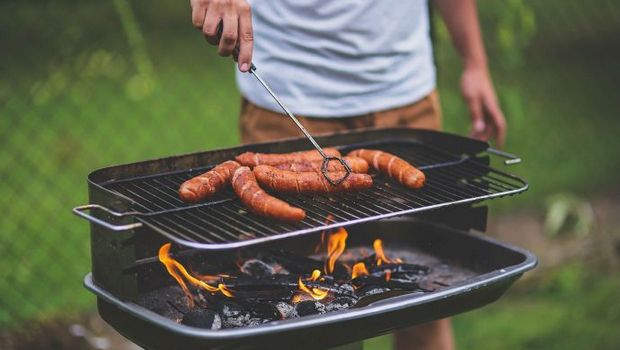 James T. Blakeman & Co., a meat wholesaler, has retrofitted its R404A refrigeration system with an ammonia system at its production site in Newcastle-under-Lyme, UK.

UK meat wholesaler James T. Blakeman & Co., the company behind popular British brand Supreme Sausages, has chosen to retrofit its system based on R404A – which is being gradually phased down under the EU’s F-Gas Regulation – with an ammonia refrigerant solution.

Star Refrigeration upgraded the existing refrigeration system at Blakeman’s production site in Newcastle-under-Lyme to make it compatible with ammonia.

Blakeman & Co.‘s aim was to reduce their carbon footprint by replacing R404A – a widely used refrigerant accounting for 46% of worldwide f-gas consumption – with ammonia, which has zero global-warming and ozone-depleting potential.

In conjunction with Starfrost – part of the Star group of companies – Star Refrigeration introduced and installed a new inverter-driven Glacier GP2 and spiral freezer system, which uses less than 25% of the ammonia charge of traditional solutions.

Moller said the, “spiral system has been designed to maximise uptime and requires minimal ongoing maintenance. In addition, the temperature control and unique airflow is specially designed for our delicate products, such as skin on sausages, ensuring product quality is maintained for our customers”.

One of the key benefits of the upgrade was energy efficiency. The Glacier GP2’s use of ammonia boosts efficiency by 25% compared to HFCs.

Phillip Blakeman, managing director of James T Blakeman & Co., said, “we’re very satisfied with the smooth running of the installation and the post-commissioning process. The new solution has offered us security for the future and we feel it has met all the criteria specified”.

Power reductions were further achieved by installing an inverter to eliminate high spikes when starting the motor. This resulted in energy savings for the Newcastle meat company.

Kevin Fieldsend, Sales Manager – Food at Star Refrigeration, says, “the project with James T. Blakeman & Co. has been very successful. We replaced their old system with a solid, energy efficient and environmentally conscious solution that will ensure the performance of the production site for at least another 20 years”.

Star has also worked with the wholesaler on other projects, including a central ammonia plant serving two more spiral freezers and a single spiral freezer. It also maintains the system.