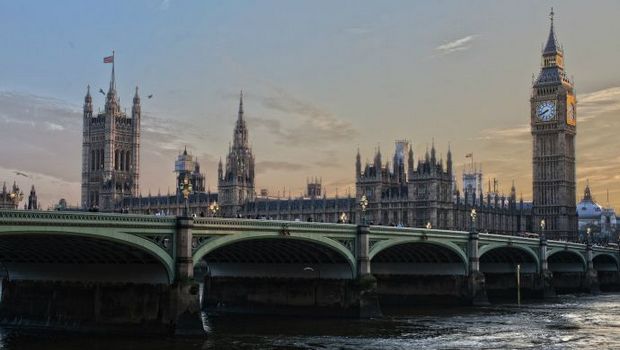 A report published today by the UK Parliament’s Environmental Audit Committee claims the Government needs to do more on F-gases like HFCs that contribute significantly to global warming.

“At present, the government is failing to enforce the regulations surrounding f-gas emissions, particularly on car air conditioning units, while the NHS [the UK’s National Health Service] remains reliant on f-gas-fuelled [asthma] inhalers despite less damaging alternatives being available and widely used in other European countries, ” said Mary Creagh, chair of the Environmental Audit Committee, in a statement.

The report, called “UK Progress on reducing F-gas Emissions”, also examines issues surrounding the regulatory impact of the UK’s withdrawal from the European Union. The UK is currently required to phase down HFCs by 79% by 2030 under the new EU F-Gas Regulation.

“We therefore recommend that the UK should seek to remain part of the EU’s quota system,” the report states. “This will not prevent the UK Government from being more ambitious in its efforts to reduce f-gas emissions through the measures outlined above.”

The report also concludes that the UK industry and others believe there are “large levels of non-compliance”. It cites the UK Environment Agency’s “low number of investigations” and “single prosecution” of a breach in 2015 as evidence that little monitoring of HFC use is taking place in the UK.

It argues that introducing civil penalties, as the UK government has already proposed, may help increase prosecutions and compliance.

“The fact that thousands of qualified engineers are not trained in relation to low-GWP refrigerants is inhibiting the switch to low-GWP alternatives,” the report says. It calls on the government to consult industry on how to make low-GWP training a reality.

The report notes positive and negative aspects of the UK’s progress on phasing down HFCs. Implementing the F-Gas Regulation has phased down HFCs within the targets set by the EU, but the report warns “the targets were fairly unambitious and it remains to be seen whether UK companies, especially SMEs, are prepared for the big cuts required in 2018 and 2021”.

The steepest fall in the quota was between 2017 and 2018, when the overall allocated quota went down from 93% of the original baseline to only 63%.

The report also noted that currently a lot of heat pumps are using HFCs with high-global warming potential (GWP), supported by a UK grant called the Renewable Heat Incentive (RHI).

“The government should reform the Renewable Heat Incentive schemes so that they encourage the deployment of heat pumps that use low-GWP refrigerants, and that by 2020 all publicly-funded heat pump projects use low-GWP refrigerants,” it notes. It calls for “annual data indicating which gases are being used in heat pumps so that Parliament and the Committee on Climate Change can track performance in this area”.

The report also believes government departments, which have significant purchasing power (over £276bn; €316bn in 2016–17). should also be required to only purchase equipment with low-GWP refrigerants like natural refrigerants.

“The government, the NHS, manufacturers and medical companies should be doing much more to address f-gas emissions. International cooperation on removing F-gas emissions could have hugely beneficial consequences for future generations,” concludes Creagh, who is also a Labour Member of Parliament (MP).