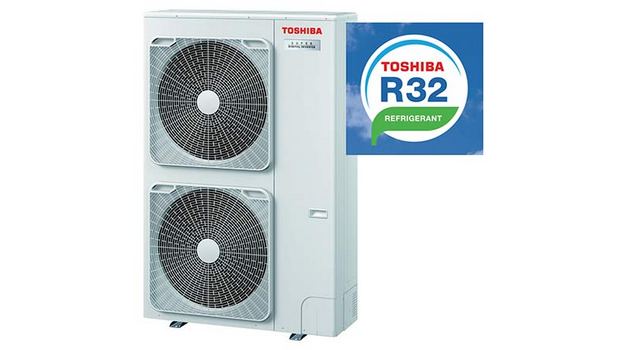 The high performance systems have energy ratings of A+++/A++ and are said to deliver cooling with an SEER of up to 7.01, and heating with a SCOP of up to 4.36, depending on the model and outdoor-indoor unit combination.

Toshiba UK announced its switch to R32 last year and, as a result of design improvements and system optimisation, the refrigerant charge has been significantly reduced, from 5.9kg in the previous model to 5.0kg in the latest version.

Neil Hitching, sales director for Toshiba, said: “The new SDI systems have been totally redesigned to maximise safety and performance with A2L-class refrigerants, such as R32. Research carried out in-house shows they deliver best-in-class performance for currently available systems of this type, with power input significantly reduced for a given output.

Toshiba offers training in the safe handling of R32 and other flammable refrigerants at four locations across the country: at Waterlooville in the South, Tiverton in the West, Milton Keynes in the Midlands, and Burnley in the North. Courses are approved and validated by City & Guilds and Logic Certification. The one-day programme covers safe handling of all A2L, A2 & A3 flammable refrigerants.