We want to stay within F-gas 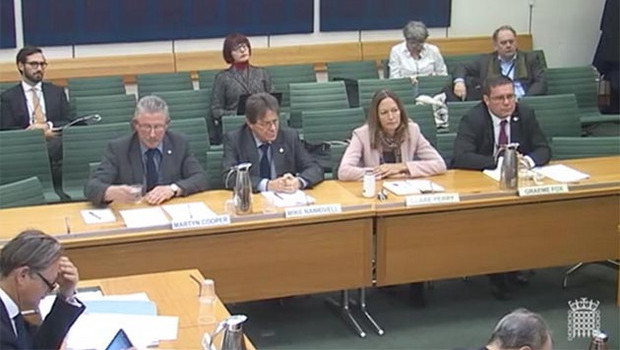 The UK refrigeration and ac industry has backed staying within the European F-gas regulations post Brexit, but repeated warnings of dire shortages of high GWP refrigerants next year.

Representatives from FETA, ACRIB and Refcom, along with green group the EIA, met with the UK government’s Environmental Audit Committee yesterday (Tuesday) to give evidence to the inquiry on the UK progress on reducing F-gas emissions. The session was called to examine issues including the impact leaving the EU will have on the UK’s international agreements and issues associated with enforcing relevant regulations.

While the Montreal Protocol and phase down under the Kigali agreement is a potential fallback position for the UK, there was a general consensus from the participants that remaining in the European F-gas mechanism was not only desirable but essential.

With the European phase-down already underway, Clare Perry, climate campaign leader at the Environmental Investigation Agency (EIA), pointed out, there was a big difference in ambition between the European phase down and Kigali. She maintained that for the UK it was “not acceptable to go back to the Kigali amendment” and any such move would be a “retrograde step”.

Martyn Cooper, representing UK manufacturers’ group FETA, confirmed that while the Montreal Protocol might be seen as an adequate back-stop, they wished to stay within the bounds of the European F-gas agreement.

While the F-gas agreement is currently enshrined in UK law, Martyn Cooper recognised, however, that the quota system was key to remaining within the mechanism. “We need a scheme to mirror Europe,” he said, with “reciprocal agreements” allowing UK companies access to the refrigerants they require.

Refcom’s Graeme Fox agreed that remaining part of the EU as far as F-gas was concerned would be the ideal.

Responding to questions from the committee chaired by Labour MP Mary Creagh, the participants agreed that while the UK was probably further ahead in the F-gas phase down process than many of the other EU member states, there is a distinct possibility that some of the high GWP refrigerants will not be available next year.

The EIA’s Clare Perry doubted whether enough progress had been made in switching to lower GWP alternatives to meet the steep reduction steps in 2018 and 2021. “The actions to achieve that push need to be happening now,” she said. “It seems to be going OK in the UK, as far as we know, but in other countries there are concerns that big sectors like supermarkets are not moving quickly enough to alternatives.”

Significant price rises of up to 700% this year have spurred the move to alternatives but the Environmental Audit Committee was told that next year availability would be a greater problem than price.

Martyn Cooper said that while there was more interest in lower GWP refrigerants now, this may have happened too late. “We are foreseeing problems next year with people turning up to a trade counter asking for a bottle of refrigerant and there won’t be any left – no matter how much they want to pay for it,” he said. 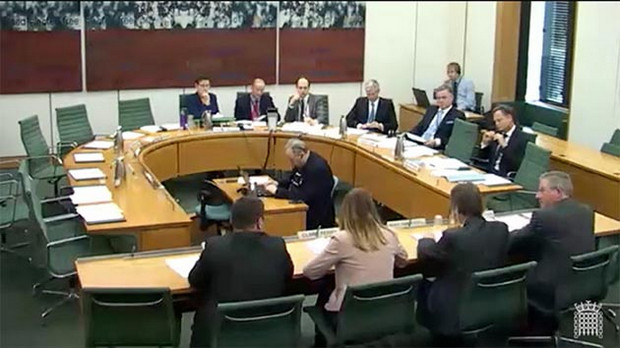 With the current increase in pricing and likely refrigerant shortages next year, suggestions for a tax on HFCs was not seen as an effective incentive to switch to lower alternatives.

Graeme Fox warned that the rising prices was prompting contractors to look for alternatives but this had safety implications, with claims that some contractors were already retrofitting “mildly flammable” A2L refrigerants like R32 into R410A air conditioning systems. “That is potentially very dangerous and not advised by any manufacturer or trade body because the system isn’t built to cope with flammable refrigerants. An additional tax would only encourage contractors to do that and it is very dangerous,” Fox added.

Mike Nankivell representing ACRIB confirmed that there were now over 46,000 engineers UK qualified under F-gas, but on a purely UK level Graeme Fox said there were still huge issues with non-compliance. Graeme Fox maintained that the Environment Agency needed greater resources because although “dozens of incidents” had been reported to the Environment Agency there had only been one conviction. “Civil penalties would be a big help,” he said.

Martyn Cooper agreed that while the regulation was there, it needed to be enforced more strongly.

Clare Perry said the EIA supported a stiffening of the product bans under the F-gas regulations. In particular, she said there were no restrictions on HFCs in heat pumps – an area of huge potential growth in the UK and Europe.

“If we have a massive growth in heat pumps, it will be using up quota that we didn’t expect to use there,” she said.

One of the biggest problems post-Brexit will be the MAC directive, a law which is separate to the F-gas regulation but, unlike F-gas, is not enshrined in UK law. In addition, the differences between the two laws, including who is allowed to purchase refrigerant, left Graeme Fox describing the MAC directive as a “huge problem”. Sales of refrigerant through car accessory shops “undermines everything we are doing with the F-gas regulations,” he said.

Clare Perry also raised concerns that with the continuing price differential between the new car air conditioning refrigerant R1234yf and R134a, the gas it replaces, would lead to new cars being topped up with R134a.

Yesterday’s meeting at Portcullis House is part of the UK government inquiry announced in October to look into F-gas emission policies and the future of the F-gas regulations post-Brexit.

The inquiry by the Environmental Audit Committee is also looking at the UK’s progress on reducing F-gas emissions, and the impact leaving the EU will have on future progress and reporting.