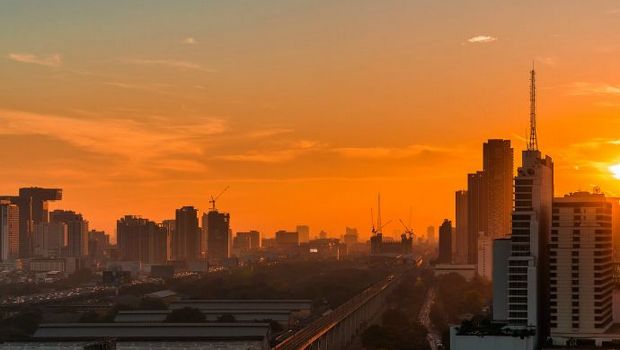 Access to finance and changes to standards are required to facilitate the switch to low-GWP refrigerants, according to experts attending the 39th Meeting of the Open-Ended Working Group (OEWG39) of the Parties to the Montreal Protocol, taking place in Bangkok, Thailand this week.

Standards and climate finance for less-developed countries are on the agenda at this week’s 39th Meeting of the Open-Ended Working Group (OEWG39) of the Parties to the Montreal Protocol in Bangkok, Thailand (11-14 July).

“We’ll show the world that a global issue like ozone-layer depletion, which is usually considered as distant, complex, huge, overwhelming and overall too big to handle, can actually be addressed effectively when we humans work in partnership” said Tina Birmpili, Executive Secretary of the Ozone Secretariat at UNEP (UN Environment Programme).

The Bangkok meeting comes hot on the heels of the adoption of the Kigali Amendment to the Montreal Protocol last October 2016, phasing down the production and usage of HFCs at global level.

The yearly meeting allows the Parties to the Montreal Protocol on Substances that Deplete the Ozone Layer to debate the implementation of the international agreement.

A workshop on safety standards relevant to the safe use of low-GWP alternatives to HFCs was held prior to the meeting, on 10 July at the same venue.

A Workshop on Safety Standards Relevant to the Safe Use of Low Global Warming Potential (GWP) Alternatives to Hydrofluorocarbons (HFCs), held yesterday, addressed safety standards for flammable refrigerants used in the HVAC&R sector.

It was organised at China’s request, supported by a group of other developing countries. China has already submitted documents to the International Electrotechnical Commission (IEC) working group on air-conditioning to revise standards on flammable refrigerants.

Standards from the IEC, a worldwide body that proposes rules governing how to use electrical, electronic and related technologies, influence the development of the market by providing manufacturers and customers with guidelines as to what is safe to use and buy.

Any revision of an IEC standard informs changes to Chinese, European and U.S. standards as well.

Six sessions were organised to discuss all aspects related to safety. Many speakers suggested that it would take another four to five years before any new international standards are adopted.

Representatives from India and China informed participants of the significant progress they had achieved in using flammable refrigerants with higher charges and more stringent safety features in their local economies.

However they also acknowledged that to facilitate large-scale production, international standards would have to allow them to export around the world.

The conclusions of the session will be presented to OEWG39 for further consideration by the parties to the Montreal Protocol.

Funding to implement Kigali was discussed at today’s meeting. Parties debated the possible allocation of additional funding to the Multilateral Fund for the Implementation of the Montreal Protocol for demonstration and viability projects with HFC-free technology.

Such support could help to maximise the climate benefits of accelerating the phase-down of HFCs in developing countries.

The funding will apply to developing countries or so-called Article 5 Group One and Group Two countries, which will start freezing their HFC consumption by 2024 (Group One) and 2028 (Group Two).

The Replenishment Task Force of the Technology and Economic Assessment Panel (TEAP) also presented its preliminary findings on the next replenishment, and a breakdown of estimated costs (expressed in ranges).

TEAP is a technology and economics advisory body to the Montreal Protocol Parties. It is composed of experts from various fields worldwide, including policy and research bodies TEAP presented funding proposals for HFC phase down-enabling activities for the period 2018-2020 of up to to USD 21.5-44.2 million. USD 13.5-20.2 million would be dedicated to non-investment projects (including project preparation and demonstration projects), and USD 8-24 million to investment projects.

Categories for enabling activities are defined as capacity-building and training, licensing, reporting, demonstration projects, and development of national strategies.

Investment projects under consideration include conversion projects to low-GWP alternatives.