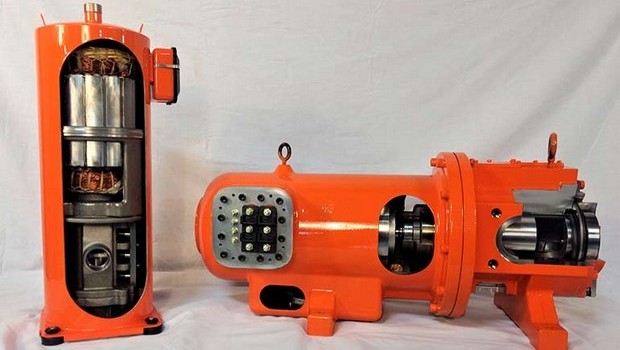 The spool compressor resembles a rotary vane compressor, but is described as being smaller, lighter and cheaper to manufacture than current technology. It has just four main components: rotor, main housing, vane, and bearing housing.

Torad Engineering has been developing its spool compressor technology for nearly a decade. Over the past two years the company has been investigating the application on low pressure/low density refrigerants.

The air conditioning industry is wrestling with the challenge of replacing R410A with a low GWP alternative. Options such as R32, Honeywell’s proposed new R466A and Chemours R452B, with GWPs near 700, have created great interest.

While ASHRAE classifies R1234ze(E) as a “mildly flammable” A2L refrigerant, at temperatures under 30°C it does not form flammable mixtures with air and therefore could be considered as non-flammable for handling and storage. At temperatures above 30ºC, its flammability characteristics are lower than other A2L’s such as R1234yf and, importantly, R32.

Torad believes that R1234ze is the best compromise of all the options.

As recently revealed by the Cooling Post, OEMs are experimenting with low pressure refrigerants on existing screw, rotary and scroll compressor running at high speed to achieve the increase flow requirements.

Torad maintains that the number one objective of package air conditioning manufacturers, in response to customer preference, is to offer the lowest priced product meeting the minimum required operating efficiency regulations.

“Lower density gases require higher system flow rates which impacts the piping, heat exchanger, valve etc, potentially adding cost,” says Joe Orosz. “It also means compressor displacements must be between 2 and 2.5 times larger than a compressor designed for R410A. What this means for the air conditioning manufacturer is a 140kW scroll is now a 70kW scroll and that comes with a decrease in efficiency and most certainly an increase in the cost per unit of cooling capacity.

“The keys to a successful compressor for this market are one that is easy to produce, runs at nominal speed without the need for a variable frequency drive and meets the desired performance and cost levels.” 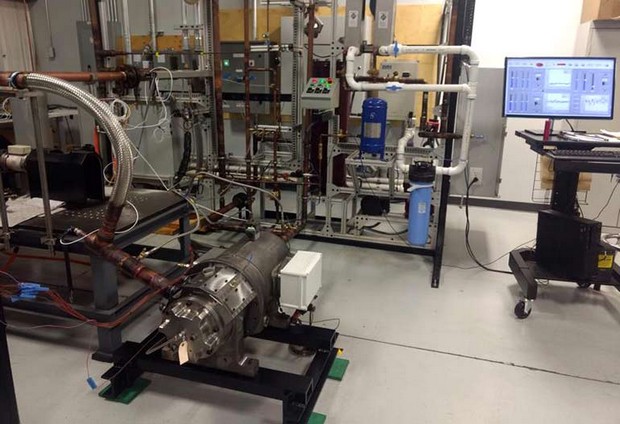 While Torad performance optimisation continues, the spool compressor’s design is said to be exceptionally well suited for application on low density gas due to its high displacement density and low cost to manufacture. Using Torad’s spool modelling software, various geometric designs were analysed to see if the target efficiency could be met for a compressor design delivering 105kW of capacity at 1750 rpm operating with medium-pressure R134a.

A 105kW semi-hermetic version compressor was designed, built and tested on R134a over the past 12 months. Current test results are said to demonstrate EERs comparable to screw compressors using R134a as well as scroll compressors on R410A at design conditions suitable for application to an air-cooled chiller or rooftop unit.

Torad has also initiated testing of its 105kW prototype with R1234ze with no modifications to the compressor. Test results show the expected reduction in capacity of 22% (based on the lower density of the gas), but a reduction in overall isentropic efficiency of only 1.8% at typical air-cooled chiller conditions. Torad is confident its next generation semi-hermetic compressor designed specifically for R1234ze will surpass the EER of competitive products.

Torad Engineering will be displaying semi-hermetic and fully hermetic versions of its spool compressor at the AHR Expo in Atlanta in booth B2809 from January 14-16.