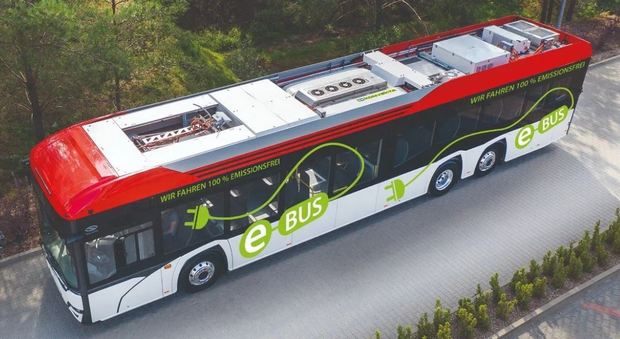 By drawing a large part of the heat needed to warm the bus from the air rather than from the bus’s battery, the heat pump operates more than 50% more efficiently than an electric heater, according to a recent statement from the manufacturer.

“Currently, every heat pump vehicle also has an additional electric heater to cover special temperature peaks during winter seasons and for the pre-heating process before starting [the bus] in the morning,” said Konvekta. “With the new AES-Mode module, the CO2 heat pump system 1.7 is able to distribute 100% of the generated energy according to demand.”

According to Konvekta, an electric heater in an e-bus typically operates with a COP of 0.9 during its pre-heating phase, meaning that 1.23kWh (0.35TRh) of electricity is required to generate 1kWh (0.28TRh) of heat. However, Konvekta’s AES-Mode software boosts the system’s COP to more than 1.6, producing 1kWh of heat with just 0.63kWh (0.18TRh) of electricity, saving the bus operator 0.6kWh (0.17TRh) of energy for each 1kWh of heat it needs.

These results were gathered from a field study of the software, which was tested in the electric buses of Offenbach, Germany, by the city’s public transport provider, Offenbacher Verkehrs-Betriebe (OVB).