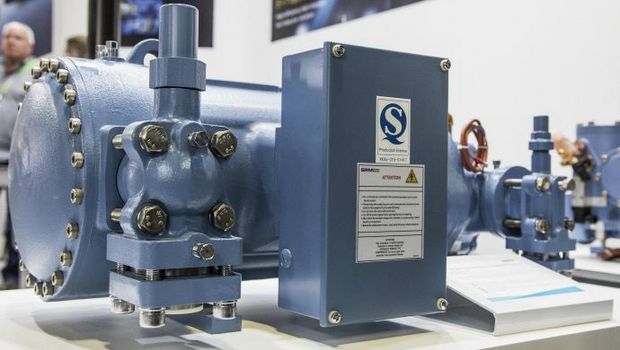 Signalling the growing market for ammonia-based refrigeration systems in Australia, Snowman exhibited its semi-hermetic ammonia compressors at ARBS 2018 where it saw significant interest in new technology from the Australian market.

“What I can say is definitely, the interest is there,” said Taylor.

Discussing the potential for the Australian market to move more of its refrigeration from HFC-based systems to ammonia, Rudischhauser said, “I can see also that with our product, the semi-hermetic ammonia compressor, it makes it probably easier for contractors who are a bit inexperienced to take up ammonia”.

“I think we agree that the semi-hermetic compressors are a kind of gateway into the ammonia world, and then when it is taken up and the skill level is there, the contractors can also move into the open drives which are even more efficient.”

The Air Conditioning, Refrigeration and Building Services Exhibition took place at the ICC in Sydney’s Darling Harbour on 8-10 May.