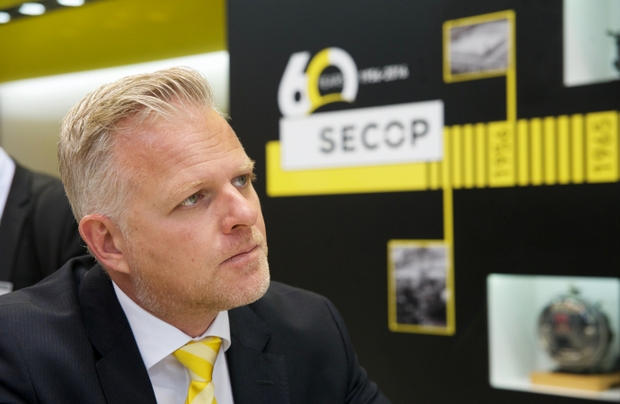 With global HFC phase-down discussions and the drive for energy efficiency improvements picking up speed, the market for hydrocarbon technology is ripe for growth – particularly in the United States, SECOP CEO Mogens Søholm told at Chillventa 12 October.

“The best example of these recent big changes is the United States. A couple of years ago, you’d have never believed the US would change this quickly. But today they are very focused both on improving energy efficiency and phasing out HFCs,” said Søholm.

“I strongly believe that with more insight into and knowledge of the technology, regulators will figure out that today’s charge limit of 150g should probably increase,” Søholm said.

He believes the advantages of moving to hydrocarbons are so significant in terms of energy efficiency and environmental impact that the only conceivable obstacle to their wider uptake is flammability. “But […] today’s technology knowhow limits those risks,” he said, pointing out that hydrocarbons have already been used safely in household domestic appliances in Europe and Asia for many years.

At the heart of SECOP’s product offering for hydrocarbons at Chillventa is the new SLVE compressor, which is more powerful than previous models thanks to its use of energy-optimised components.

“There are three key topics for us at Chillventa: natural refrigerants, energy efficiency, and the variable speed aspect – going electronic with these products,” said Søholm.

“We believe the whole market is changing focus, especially in light commercial. Where we’re putting our development money these days for light commercial is a full range of hydrocarbon compressors – mainly R290,” said Søholm.

“If you convert a traditional R134a system to hydrocarbons, you gain a lot of efficiency by changing the refrigerant alone. If you add variable speed technology on top of that, then you see improvements – in terms of energy efficiency and noise, for example – that are tremendously large,” the SECOP boss said.

Here You can see the video