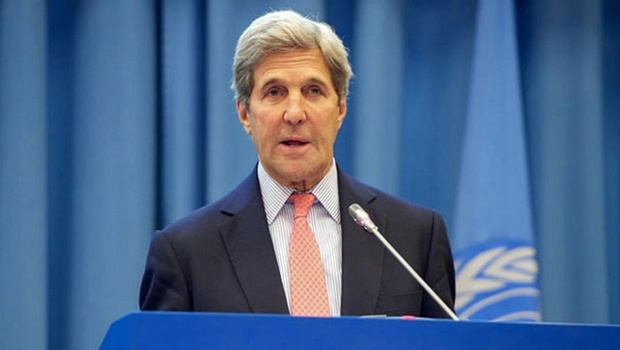 SECRETARY KERRY: So I should start right now? I apologize, I gather I was already asked – (laughter) – and there’s nothing like a nice gap between announce and appearance, but good afternoon to everybody here.

And I want to express my personal gratitude for the opportunity to be able to share a few thoughts with everybody. I am really honored to be here. I’m delighted to be here. And I want to thank the president of this Meeting of the Parties, Extraordinary Meeting of the Parties, Canada’s Director General for Environment and Climate Change Virginia Poter, as well as Minister Rupprechter and the Government of Austria for hosting yet again another series of critical diplomatic talks.

I want to thank our – you’ll excuse me for a little bit of parochialism, but I want to thank the terrific administrator of the U.S. Environment Protection Agency – my friend, Gina McCarthy – who I think has become a friend to many of you here too; and also Ambassador Jennifer Haverkamp, and the entire U.S. delegation for their diligent work.

And I thank every single one of our international partners for being determined to live up to the pledge that we worked hard to achieve in Dubai last fall. Read more