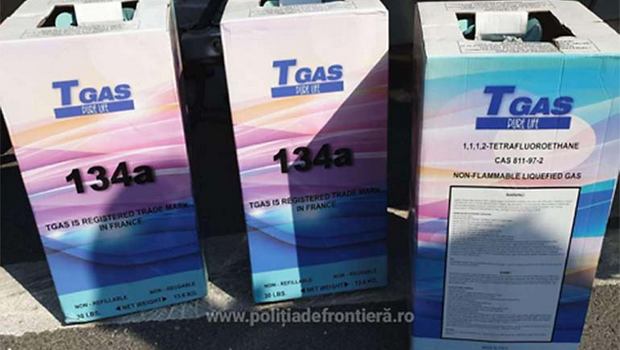 On Thursday, border guards in Giurgiu, in southern Romania, at the border with Bulgaria, found three 13.6kg illegal non-refillable cylinders in the boot of a car driven by a 38-year-old Bulgarian citizen. He claimed to have bought the refrigerant in Bulgaria and intended to transport them to Germany to sell.

On the same day, at the opposite end of the country, border police at Petea found 64 cylinders of an unspecified refrigerant in three separate vehicles.

The police found the cylinders and 2,489 packs of cigarettes, concealed in different compartments of the motor vehicles. The drivers – two Ukrainians and one Romanian – were arrested. Two have received fines of RON500 (€106).