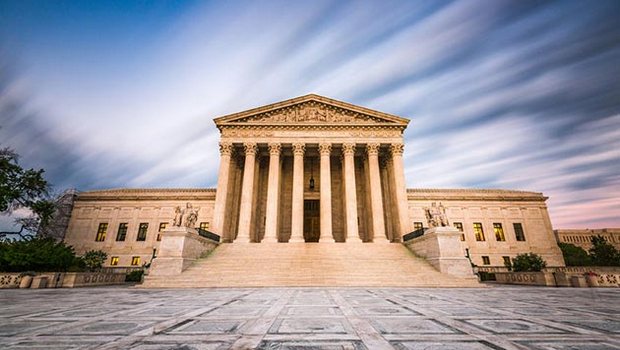 Refrigerant manufacturers Chemours and Honeywell and green group NRDC have petitioned the US Supreme Court to review the DC Circuit Court of Appeals decision to block EPA bans on HFCs.

In August 2017, the US Court of Appeals for the District of Columbia overturned EPA directives to ban high GWP refrigerants like R404A, R134a, R407C and R410A from use in certain applications.

Chemours, Honeywell and the NRDC appealed the decision but that appeal was rejected at the beginning of this year. Now the three companies are taking their fight to the Supreme Court.

Paul Kirsch, Chemours president of the fluoroproducts business unit said that they were “disappointed” in the DC Circuit Court of Appeals decision and continued to believe that the legal basis of the SNAP 20 rule was “well-founded”.

“The Court’s ruling exceeded its jurisdiction, effectively invalidating a decades-old EPA regulation and failing to take into account the EPA’s original directive to ensure that safer alternatives are used to replace ozone-depleting substances,” he said.

In a separate statement, Honeywell said of the original appeal verdict: “The decision ignores Congress’s intent in directing the EPA to replace ozone-depleting substances with the safest available alternatives.”

The NRDC said of the original appeal ruling: “If allowed to stand, [it] will let HFCs keep fuelling dangerous climate change, increasing risks for the millions of Americans who are living through hurricanes and other extreme weather events, and experiencing many other climate impacts.”

Chemours argues that while the SNAP programme was developed to protect the ozone layer by phasing out the chemicals that deplete it, Congress directed the EPA to compare alternatives to those chemicals to ensure that refrigerants and other products would not be more dangerous to people and the environment than the harmful products they replaced.

“The original 1994 regulation viewed the alternatives banned by the SNAP programme in 2015 as a “near-term” solution until safer products became available,” it says. “The DC Circuit Court of Appeals agreed that these products could be banned, but then held that no one who was using them could actually be ordered to stop, even though safer options were available.

Chemours maintains that the decision has created “confusion” for industry and “does not align with the direction from Congress or its beneficial goals”.

Honeywell claims that American companies have invested more than $1bn to invent, commercialise and manufacture safer replacement alternatives to ozone-depleting substances, such as HFOs. “The DC Circuit decision undermines the innovation and investments that American businesses have made to create and transition to safer alternatives,” it says.