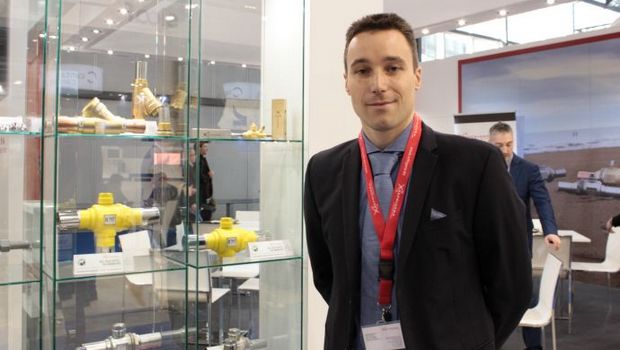 The stainless steel valves range from ½ to 1¼ in, according to Gabriele Bertossi, Refrigera’s export area manager.

“We are seeing more and more request for ammonia,” Bertossi said. “It was easy for us to make [valves for] ammonia.” The valves will be available in the next few months. Previously, Refrigera offered a similar valve for HFCs.

“For ammonia we will [have] the biggest valves on the market,” he added.

Refrigera also showcased CO2 products like Y-strainers and ball valves at the show.

At the AHR Expo in Chicago in January, launched new CO2 valves that can withstand the high pressures of transcritical systems.