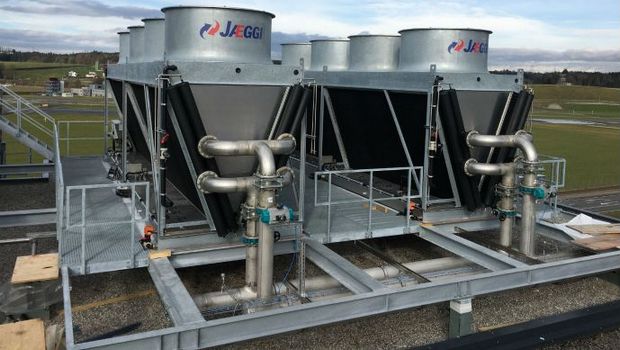 The retrofit allowed the company to reduce its charge from 3,600kg to just 750kg. The dairy company is best known for brands like the Swiss yoghurt drink Benecol and the coffee drink Caffè Latte and its ice cream, cheese and milk products.

Despite the significant charge reduction, Emmi’s logistic facility in Emmen, Switzerland is still able to provide 2,700kW of cooling power according to Mario Bernhofen, project leader at SSP Kälteplaner.

“We changed the [ammonia system] with a secondary medium water/glycol”, Bernhofen explains. The system uses two piston compressors and one screw compressor, while employing heat reclaim for other uses at the facility.

Recently, in February 2018, the installer also finished putting in a new cooling tunnel, which uses the cooling from the ammonia refrigeration system, for dairy products at the logistics building.