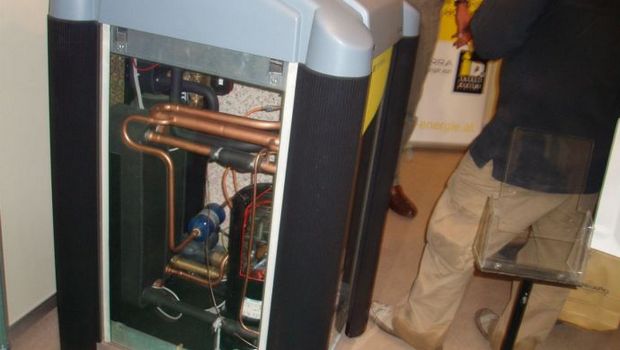 In a new study of the geothermal heat pumps, systems using ammonia (R717) or n-butane (R600) were found to be more efficient than those employing R22 or R134, as well as more economical.

The researchers studied heat pump performance in a 14-story residential building in Qazvin, Iran, with a cooling load of 915 kW (260 TR). They found that the ammonia system with a horizontal closed-loop ground heat exchanger had a COP in the cooling mode of 4.663, which was 5.8% higher than that of a comparable R134a system; n-butane’s COP was 4.606, which was 4.5% higher.

The COP improvements resulted in “reducing the operating cost of the system compared to conventional artificial refrigerants,” the paper said.

The paper noted that the results depend on climatic conditions, the soil type, and the condition of the design working system. As a result, “the output data are unique to the same area or case study, and their comparison with the results of other conditions are not approved,“ it said.

The authors advocated for using the earth “as a renewable heat source/sink which both increases efficiency and creates a diversity of energy sources.” Geothermal heat pumps can reduce energy consumption up to 44% compared to air source heat pumps and up to 72% compared to electric resistance heating with standard air-conditioning equipment, according to the National Renewable Energy Laboratory.

They also advocated for natural refrigerants. “The big challenge in the coming years in the HVAC and refrigeration industry is to establish natural refrigerant technology to substitute CFCs, HCFCs and HFCs refrigerants,” said Mafi, one of the paper’s authors, in an article in ScienceDaily.com.