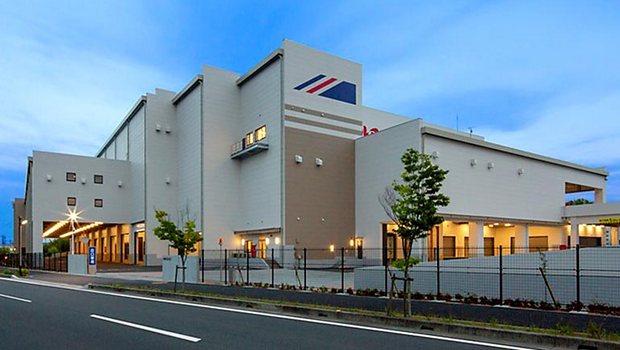 Honeywell’s lower GWP refrigerant Solstice N40 (R448A) is said to have been employed for the first time in a refrigerated distribution centre in Japan.

Established in 1953, Maruai has grown as a community-based food supermarket and is known for its advanced efforts as an innovator in the food distribution industry. It currently operates 63 stores in the Hyogo area. Twelve of these have also adopted Solstice N40.

R448A is an A1 non-combustible and non-toxic refrigerant with a GWP of 1387. Tests are said to have shown an increase in system energy efficiency of up to 16% compared to R404A. Suitable to replace R404A or R22, R448A has already been installed in over 23,000 supermarket freezing and refrigeration systems in supermarkets worldwide.

The Maruai logistics centre uses Panasonic condensing units that is compatible with Solstice N40 in both low temperature and medium temperature areas. It is said to be 7% more energy efficiency than conventional models that use R404A and an improvement of about 30% compared to models using R22.

“In selecting a new refrigeration system for a logistics centre, we comprehensively considered reliability, safety, ease of maintenance, environmental friendliness and economic efficiency,” said Maruai vice president and representative director Tokuharu Hori. “We decided to adopt it because we introduced a freezing and refrigeration showcase using Solstice N40 refrigerant at a supermarket store and realised energy saving and performance.”