R32 ‘may be affecting ozone layer’ 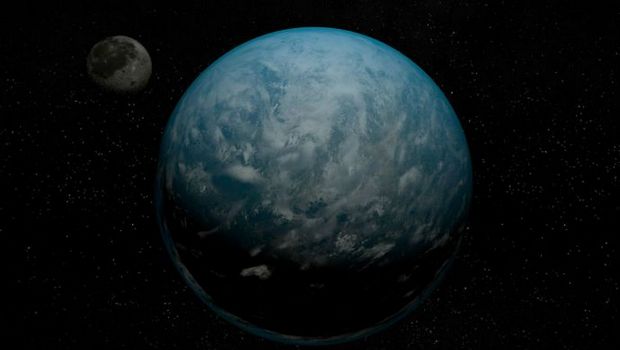 The healing of the ozone layer could be delayed by the use of this HFC, researchers from Lancaster University in the UK have found.

Following last year’s announcement that the ozone layer was healing, it has now been discovered that dichloromethane – also known as methylene chloride – could delay that healing for 30 years as its use is increasing, particularly in solvent industries, according to Dr. Ryan Hossaini, a geoscientist at Lancaster University in the UK.

Ever since the Montreal Protocol in 1989 banned the use of chlorofluorocarbons (CFCs) – which first created the hole in the ozone layer – the HVAC&R industry has looked to various alternatives, including other chemical options like HFCs.

When in the atmosphere dichloromethane, according to Hossaini, has an average lifetime of only a few months until it breaks down and releases chlorine, which can destroy ozone if it reaches the stratospheric ozone layer.

US researcher Susan Solomon first discovered that molecules in CFCs chlorine and bromine were destroying the ozone layer in 1986.

When the Montreal Protocol came into being in 1989, it was originally thought that dichloromethane had a very short lifespan, but Hossaini believes that by 2050, it could account for “a quarter of all the chlorine in the lower stratosphere,” thereby preventing it from healing.

Current forecasts in the New Scientist predict that the hole over the Antarctic should fill by about 2065, but ignore dichloromethane.

If emissions of this substance are included and its consumption increases at the same rate as it is currently, Hossaini thinks the healing of the ozone layer will not occur until 30 years later then expected.

Asia has seen the biggest rise in emissions from refrigeration systems, writes Hossaini in his paper on ‘the increasing threat to stratospheric ozone from dichloromethane’, published on 27 June 2017.

Dr. Emma Leedham Elvidge, Senior Research Associate at the School of Environmental Science at the University of East Anglia, UK, analysed air samples taken by commercial aircraft at the lower edge of the stratosphere.

Elvidge found high levels of dichloromethane over the Indian sub-continent and Southeast Asia.

“Our findings show that emissions from the Indian sub-continent have increased two- to fourfold in a decade,” she told the New Scientist.

Hossaini believes other chlorine sources that could also delay the earth’s recovery are out there. 1,2-dichloroethane – known as R150, and used to manufacture plastic polymers – may also have an effect, he said.

“Long-term atmospheric measurements of this compound are not available at present,” he said. “But sporadic data suggest it is a significant source of chlorine in the atmosphere.”

Speaking to the Guardian, Anna Jones, a scientist at the British Antarctic Survey, said: “The new results underline the critical importance of long-term observations of ozone-depleting gases and expanding the Montreal Protocol to mitigate new threats to the ozone layer.