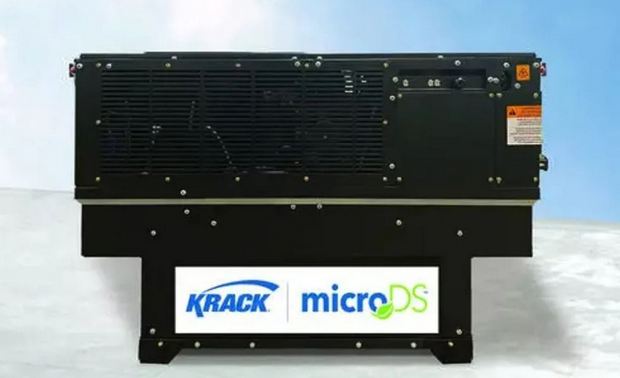 The top–mounted, water–cooled unit combines the evaporator with the condensing unit into a single packaged system, explained Grabowski. It attaches to a water–loop system that removes excess heat from the unit and transports it to a roof–top condenser where the heat dissipates.

Each self–contained unit is pre–charged with 150g (5.3oz) of propane so requires no field refrigerant piping. According to the manufacturer, not only does this approach reduce installation time, but it also reduces cost due to its requiring 90–95% less refrigerant charge compared to systems using HFCs.

By using propane, the Monoblock is also compliant with California Air Resources Board (CARB) regulations and the American Innovation and Manufacturing (AIM) Act.