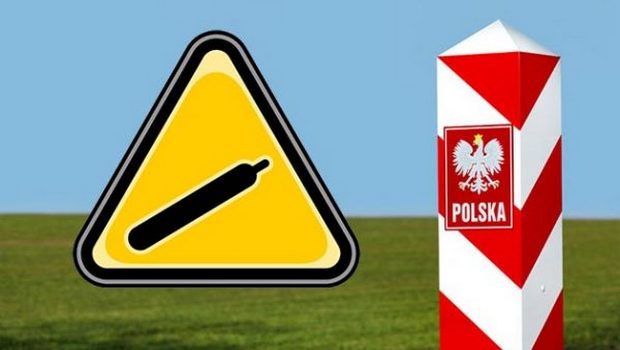 A leading refrigerants organisation has reported a “massive inflow” of illegal HFCs into Poland.

PROZON, an NGO supported by leading Polish refrigerant distributors, has informed the Cooling Post of its concerns regarding what it describes as “a massive and growing smuggling of HFCs” since the beginning of the year.

The illegal activity mostly involves R404A and R134a, much of it originating from China and entering through the border with Ukraine. Turkey is flagged as another source of illegal refrigerant, from where gas is transported through Romania, Bulgaria, Hungary and Slovakia to Poland.

Despite previous assurances by European authorities that refrigerant smuggling is not a major threat to the European F-gas phase down, more and more countries are reporting evidence of smuggling issues. Just this week, the Cooling Post reported that the Greek air conditioning and refrigeration industry had written to its government and customs authorities imploring them to stem the flow of illegal refrigerants across its borders.

And there is increasing evidence of refrigerant being sold illegally on internet sites across Europe, and no, or little, apparent political will to stop it. As the legal sources of higher GWP refrigerants diminish and the prices of those gases rise there are fears that the situation will worsen.

Now Poland has spoken out.

Based in Warsaw, PROZON is focused on helping the Polish HVACR industry to reduces emission of refrigerants. It also operates a training centre and is a member of REAL Alternatives consortium. It is backed by Poland’s three leading refrigerant distributors Schiessl, Air Products and Linde Gaz Polska.

According to PROZON, the situation in Poland is so bad that it estimates at least 30% of R134a currently used in car air conditioning by repair workshops is from questionable or simply illegal sources.

It reports that for the last six months Poland has faced an influx of illegal refrigerants smuggled in both large and small cylinders, by trucks, vans and passenger cars, and even in LPG tanks installed in private cars. The smuggled goods includes refrigerant in both refillable and illegal disposable cylinders. According to PROZON, the cylinders often do not have the appropriate markings and certificates allowing them to be legally used in EU countries.

As has been reported elsewhere, most of the traffickers in Poland operate through internet auction sites or direct by phone and email with air conditioning and refrigeration installers and car repair workshops. 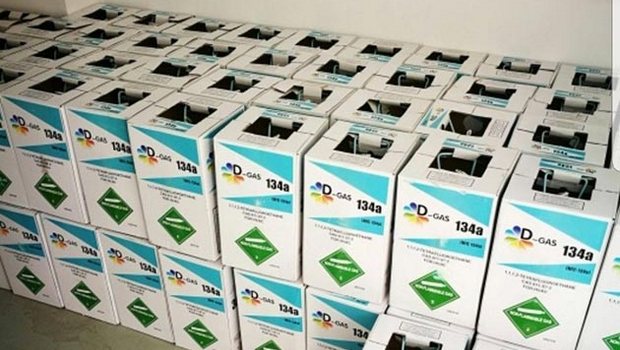 “Needless to say that they offer prices much lower than the market ones,” the PROZON spokesman told the Cooling Post. “The consequences of this situation are felt not only by companies distributing legal refrigerants but also by automotive wholesalers and all the serious, law abiding R&AC service companies.”

Thankfully, in Poland at least, cooperation between the Polish government and NGOs like PROZON is bringing tangible results in the fight against the problem. Information about illegal practices are still reaching the Polish authorities. The country’s National Revenue Administration, which is responsible for tax administration, fiscal control and customs service has recently initiated a series of training programmes for the Customs Department of the Ministry of Finance. This included the use of refrigerant analyzers to quickly identify imported declared substances for customs clearance. The analyzers are also used by customs officers in the main Polish port in Gdynia, where a lot of refrigerant arrive from China.

The knowledge and skills acquired by customs officers during the training sessions are said to have already stopped several illegal refrigerant transfers.

Over two days in March, officers from the Customs Department in Dolhobyczow, on the border with Ukraine, thwarted three separate attempts to import R134a to Poland. In all cases, the refrigerant was hidden in the LPG tank of dual-fuel vehicles.

The next day, two smuggling attempts were detected involving SAAB cars. In the first, a 42-year-old Polish citizen was found to be carrying 64 litres of refrigerant in the LPG gas tank. A few minutes later, another Polish citizen, also driving a SAAB, was found to be concealing a similar amount of R134a in the LPG tank. In both cases, the market value of the refrigerant was around PLN4,600 (€1,060) and both of the smugglers were fined PLN1000 (€230).