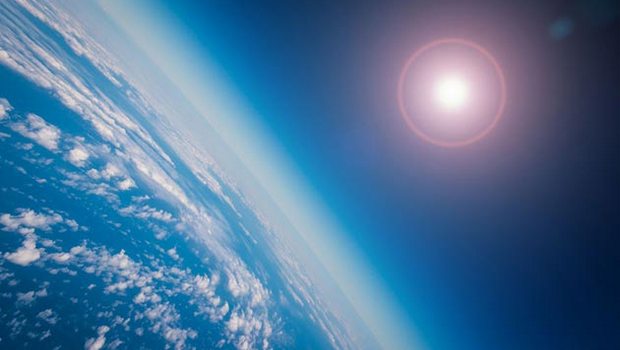 A new official report shows a continued decrease in the concentration of ozone-depleting substances in the atmosphere and confirms a continued recovery of the ozone layer.

The findings of the study are being hailed as a demonstration of what global agreements can achieve, and an inspiration for more ambitious climate action to halt a catastrophic rise in world temperatures. 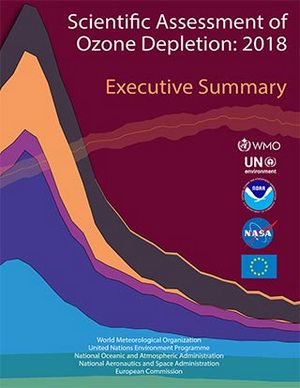 The study, Scientific Assessment of Ozone Depletion: 2018, is produced every four years by the World Meteorological Organisation and backed by the UN Environment Programme, National Oceanic and Atmospheric Administration, NASA and the European Commission. It was presented at the opening of the 30th Montreal Protocol meeting in Ecuador, yesterday.

Its findings show that actions taken under the Montreal Protocol have led to long-term decreases in the atmospheric abundance of controlled ozone-depleting substances and the ongoing recovery of stratospheric ozone.

Evidence presented by the authors shows that the ozone layer in parts of the stratosphere has recovered at a rate of 1-3% per decade since 2000. At projected rates, northern hemisphere and mid-latitude ozone is scheduled to heal completely by the 2030s followed by the southern hemisphere in the 2050s and polar regions by 2060.

“The Montreal Protocol is one of the most successful multilateral agreements in history for a reason,” said Erik Solheim, head of UN Environment. “The careful mix of authoritative science and collaborative action that has defined the Protocol for more than 30 years and was set to heal our ozone layer is precisely why the Kigali Amendment holds such promise for climate action in future.”

Set to enter in to force on 1 January 2019, the Kigali Amendment will see a progressive reduction in the production and use of HFC refrigerants.

Authors of the report found the world can avoid up to 0.5°C of global warming this century through implementation of the Kigali Amendment, affirming its critical role in keeping global temperature rise below the 2°C mark.

“These new assessment results highlight the importance of continued long-term monitoring of HFCs in the atmosphere as the Kigali Amendment begins to take hold,” said David Fahey, co-chair of the Montreal Protocol Scientific Assessment Panel and scientist at the NOAA Earth System Research Laboratory in the US. 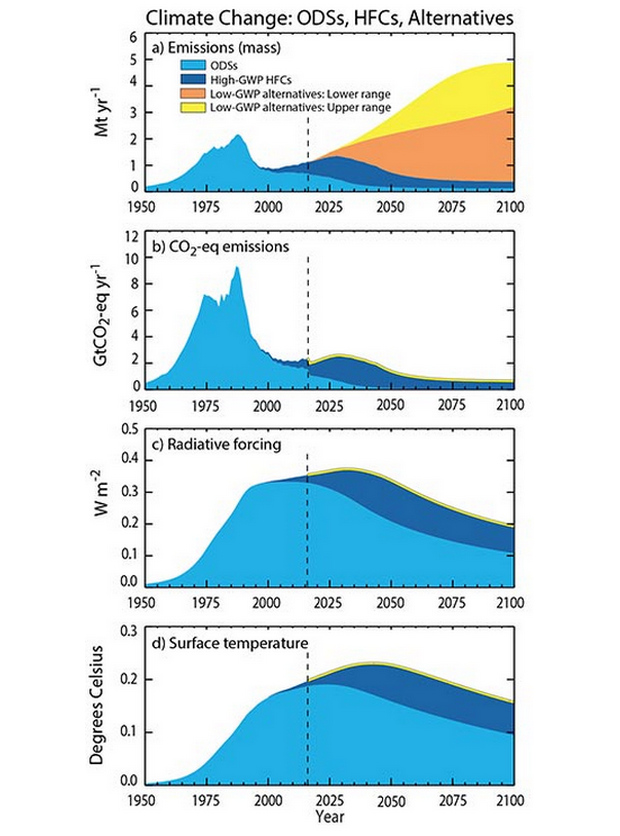 Historical and projected emissions, radiative forcing and surface temperature from ODSs, HFCs, and HFC alternatives. Historical and projected contributions to climate change are shown for ODSs and high-GWP HFCs (excluding HFC-23) assuming full compliance with the provisions of the Montreal Protocol, including the Kigali Amendment. Also shown are projections for low-GWP alternatives. Quantities shown are the (a) mass emissions, (b) CO2-eq emissions, © radiative forcing and (d) contributions to surface temperature change, with a dashed vertical line indicating 2016.