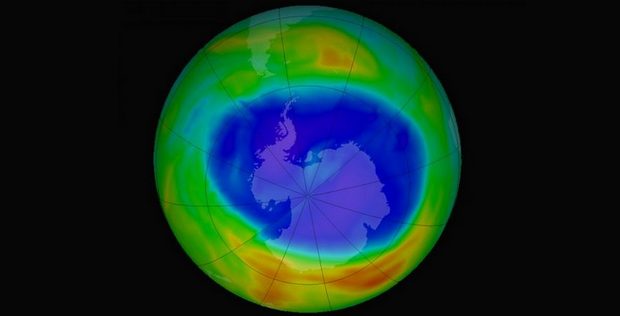 In the latest episode of its special series, AGU’s [American Geophysical Union]Third Pod from the Sun features scientists whose work found the source of a hole in the sky.

In the second episode of Third Pod from the Sun’s Centennial series, two researchers from NASA Goddard Space Flight Center in Greenbelt, Md., tell the story of how scientists discovered the hole in the ozone layer and figured out what created it.

Climate scientists Susan Strahan and Anne Douglass began their careers right when the hole was discovered. In the podcast, they reminisce about working on the problem and their ongoing efforts to monitor its recovery. Ozone-depleting substances have been declining in the atmosphere following the signing of the 1987 Montreal Protocol and its amendments, which banned chlorofluorocarbons (CFCs) and other ozone-depleting chemicals. […]

The Montreal Protocol’s ongoing success is just one example of science’s enduring impact on our planet that we’ll explore in future Third Pod Centennial episodes.