Ozone hole 2016 back to normal

The 2016 Antarctic Ozone Hole size reached 23 million km2, 5 million km2 smaller than the record 2015 hole, whose larger size was due to colder-than-average temperatures in the stratosphere, while warmer temperatures were encountered this year. 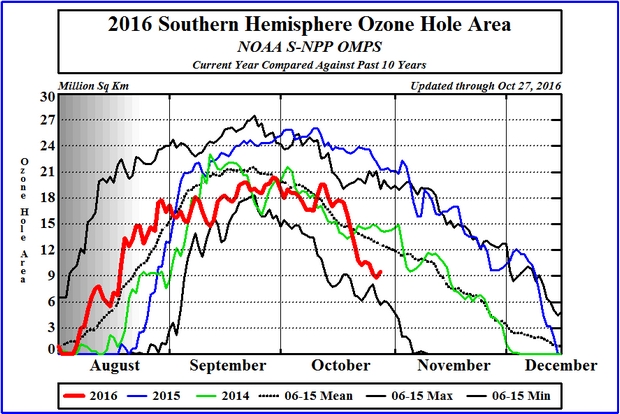 The 2016 NOAA Ozone Depleting Gas Index (ODGI) presents a continuous decrease since 2002 for the Antarctic atmosphere, and still projects the recovery of the ozone layer to occur around 2070 in the Antarctic and in mid-latitudes around 2045. 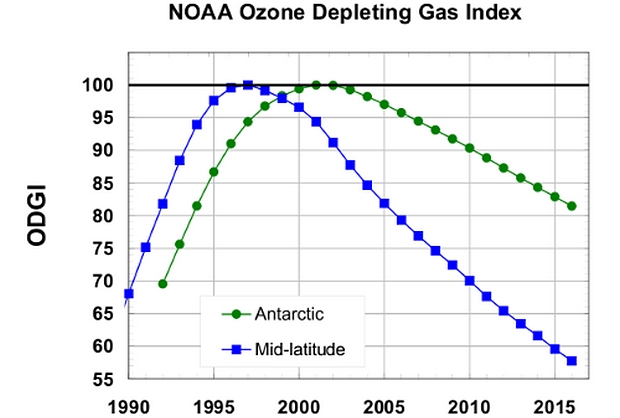