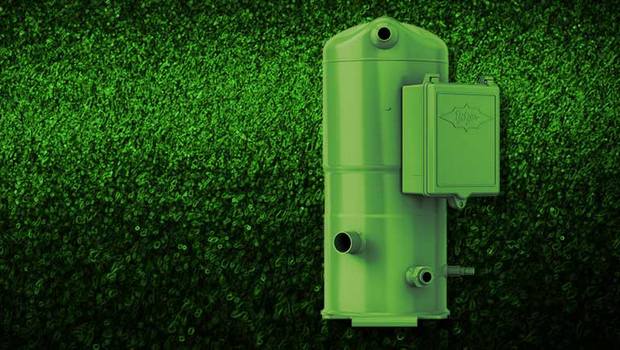 The new Orbit+ models were showcased at last month’s Mostra Convegno exhibition. Based on Bitzer’s currently available Orbit 6 and 8 series, the new units are equipped with a line start permanent magnet motor and improve the seasonal performance (SEER/IPLV) by up to 8% while also increasing cooling capacity by up to 5%.

Additionally, Orbit+ compressors can replace or be combined with standard Orbit models without redesigning the system significantly. Tandem and trio combinations can be easily tailored towards system capacity and efficiency targets according to the customers’ specific needs and annual load characteristics. For even better capacity modulation, customers can add a frequency inverter like the Bitzer Varipack.

All Bitzer Orbit models are designed to work with R410A as well as the most recently introduced low-GWP A2L refrigerants, such as R454B and R452B. Similar to the Orbit 6 and 8 series that have already been introduced, the new Orbit+ models are able to operate with a frequency inverter at 35 to 75Hz while performing with a low sound level and low oil carry-over rate.

In addition, they are said to be easy to install, offer high energy efficiency when fully or partially loaded and have the lowest noise emissions in their capacity class. Energy consumption is extremely low, especially at low condensing temperatures, says Bitzer, where the Orbit Boreal series can be applied.