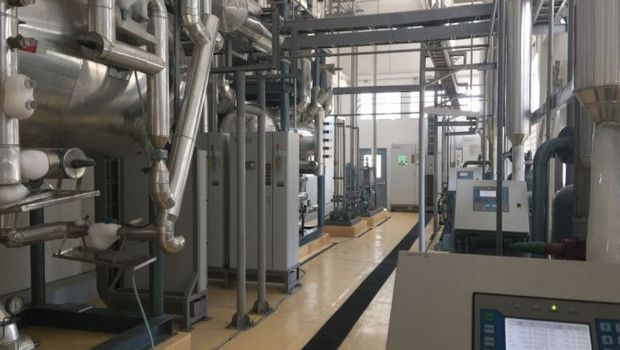 Having designed and installed the first NH3/CO2 cascade refrigeration systems in the Phiippines, Omnico Engineering Ltd. foresees growing demand for natural refrigerant-based HVAC&R equipment there. This website spoke to Omnico Engineering Managing Director Bjarne Waldstrom about these first installations ahead of the ATMOsphere Asia conference on natural refrigerants, to be held in Singapore next month.

Philippines-based Maxicool Industries and Contracting Corporation serves as the company’s local arm on matters relating to installations and after sales services of the systems sold in the Philippines.

M&M Refrigeration, Inc. is one of the world’s leading suppliers of NH3/CO2 systems. It has completed over 65 installations worldwide including in Mexico, the U.S., Canada and Southeast Asia.

Waldstrom recently spoke with this website about the company’s installation of the first NH3/CO2 systems in the Philippines.

“In April 2016, Omnico Engineering completed a turn-key project in General Santos in the Philippines for Allforward Warehousing Inc.,” said Waldstrom.

“It was the first sub-critical heavy duty NH3/CO2 cascade refrigeration system for a cold storage application in the Philippines.”

Allforward Warehousing is a cold storage operation company in the Philippines that was established in 2014 as a subsidiary to Century Pacific Food Inc., a manufacturer of leading Philippine food brands including Century Tuna, which is the country’s leading canned tuna brand.

“The system provides cooling for storage, at -25°C room temperature, of up to 6,000 MT of canning grade whole tuna and tuna loins,” said Waldstrom.

“Six weeks ago we entered into agreement for phase two — expansion of the available storage capacity by 4,000 MT. The expansion project is scheduled for completion by April 2019.”

“Two years prior, we had also completed a turn-key NH3/CO2 heavy duty cascade refrigeration system for blast freezing of up to 50 MT per day of tuna loins for same client,” said Waldstrom.

“This system was the very first heavy duty NH3/CO2 cascade refrigeration system in operation in the Philippines.”

Recently, Waldstrom says the company has worked on another two similar installations in the country’s capital city of Manila, one of which is currently under construction. The systems are for blast freezing and storage of pizza dough and bakery products.

Asked about the biggest challenges the company has faced with respect to pushing for more NH3/CO2 system use in Southeast Asia, Waldstrom talked about the initial hesitation end users have when considering the use of the new technology.

“End-users’ technical and operating staff are often unsure of their capabilities to adequately operate and maintain such a system on their own.”

Waldstrom explained that this barrier can be overcome with proper hands-on and classroom-based training sessions, along with site visits for technicians which greatly increases confidence in the new technology.

“Sometimes we also go with customers to visit and carry out training at systems installed in the US by M&M Refrigeration,” Waldstrom explained.

“The feedback we receive after customers’ systems are put into operation is always positive. It is actually easier to operate and maintain than the old conventional type refrigeration system they had been using, we are told.”

“This is also confirmed by the number of repeat orders we receive — we are yet to experience a customer going back to installing a conventional refrigeration system for its next project development once they have switched to a NH3/CO2 cascade refrigeration system.”

Waldstrom also sees the future potential for NH3/CO2 cascade refrigeration systems as well as for central and packaged low-charge ammonia systems to grow as well due to a number of recent global trends.

“Market demands are moving towards an increased focus on energy savings and minimizing safety risks relating to companies’ own personnel and the surrounding environment,” said Waldstrom.

“NH3/CO2 cascade refrigeration systems and also “low-charge” NH3 systems for large plants, which would otherwise require a very large quantity of NH3 if doing it the conventional way, truly are the best methods of refrigeration to meet these demands whether it is for cold storage application or freezing applications in general.”

“Consequently, we are already seeing an increase in demand and expect it to intensify in coming years, for new project developments as well as for retrofitting of existing plants.”