What policy changes will shape North America’s HVAC&R industry in 2018? 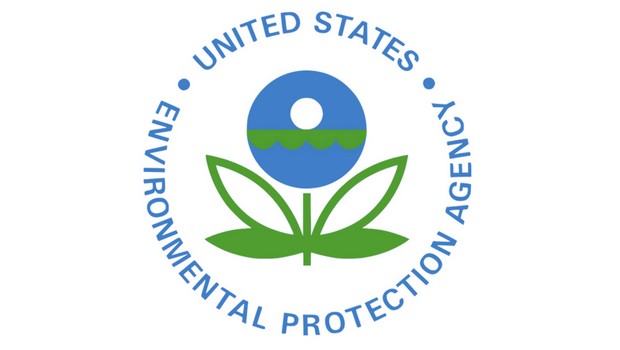 What will happen in the U.S.?

The United States may face similar uncertainty to that which marked 2017, when a court case ruled against the U.S. Environmental Protection Agency’s (EPA) SNAP (Significant New Alternatives Policy) program.

In the case, Mexichem Fluor, Inc. v. EPA (Arkema was another plaintiff), the U.S. Court of Appeals for the District of Columbia Circuit panel ruled that EPA cannot require companies to replace HFCs designated for HVAC&R equipment or other applications with low-GWP substances under the SNAP program; these substances include natural refrigerants and HFOs.

The U.S. EPA decided in September 2017 not to challenge the ruling. The Natural Resources Defense Council (NRDC) stepped in by asking the full federal appeals court in Washington, D.C., to rehear and reverse the three-judge panel’s ruling that bars the EPA from delisting HFCs from its list of approved refrigerants.

Refrigerant manufacturers Chemours and Honeywell also asked for a reversal. If the full court declines to rehear the case, the parties could file an appeal to the Supreme Court, according to David Doniger, director and senior attorney for NRDC’s climate and clean air program.

Meanwhile, the EPA’s rules on HFCs – including the delisting of high-GWP HFCs that began in 2017 – remain in force until the litigation is resolved, Doniger noted.

Another option to address the HFC phasedown could be ratifying the Kigali Amendment. The U.S. Senate is the body that would ratify the U.S. commitment to Kigali. Doing so would also allow the government to continue regulating HFCs.

An official from the U.S. State Department stated, at the 29th Meeting of the Parties to the Montreal Protocol held last year in Montreal, Canada, that the U.S. had “initiated the process to consider U.S. ratification of the [Kigali] Amendment”.

California will continue its climate commitment

A growing number of U.S. states, cities and businesses will work to reduce climate change and meet the U.S. commitment to the Paris Accord despite the formal U.S. withdrawal from Paris and rollback of other climate goals.

A report by states and business called America’s Pledge points out that HFCs are a small but rapidly growing component of U.S. and global greenhouse gas emissions. Moreover, it notes that “successful transition from the HFCs specified by the Kigali Amendment [to the Montreal Protocol] will result in the avoidance of 80 billion metric tons of CO2 equivalent by 2050 and some 0.5°C of warming by the end of the century.”

The report also mentions that natural refrigerants like CO2 and hydrocarbons represent alternatives to HFCs. “The shift away from HFCs is already underway with many businesses transitioning to less HFC-reliant systems,” the report states.

One U.S. state is already taking action. The California Air Resources Board, known as CARB, is required under the state statute SB 1383 to reduce HFCs by 40% below 2013 baseline levels by 2030.

To that end, in March 2017, the agency approved its strategy for reducing emissions of SCLPs (short lived climate pollutants, which include HFCs) in California and in October begun its HFC-reduction rulemaking based on the measures in the SLCP strategy.

It will be holding public workshops and stakeholder meetings on the proposed SLCP (and HFC-reduction) strategy measures through summer 2018, with a potential effective date for regulations in mid-2019.

Separately, CARB launched a rulemaking in October 2017 for adopting the EPA’s SNAP rules on HFC regulation, and California State Senator Ricardo Lara proposed an HFC-reduction bill that would include incentives for alternatives, like natural refrigerant-based technology, called the California Cooling Act.

“My prediction for 2018 is that California will develop a policy for state-wide incentives for the transition to low-GWP (aka natural) refrigerant systems and equipment,” Danielle Wright, executive director of the North American Sustainable Refrigeration Council (NASRC), told this website.

“My money is on the California Cooling Act proposed by State Senator Ricardo Lara, but even if this bill doesn’t pan out, I predict a similar program to take its place.”

“Between the impending CARB [California Air Resources Board] rulings and the inability of the vast majority of California grocers to comply, something’s got to give,” Wright said.

Both will continue to be discussed in 2018.

Canada has published concrete HFC phasedown proposals in the Canadian Gazette, which means they will become official regulation soon, and intends to make the first HFC reduction steps on 1 January 2019 in line with the Kigali Amendment.

The North American country will focus on reducing imports of bulk HFCs.