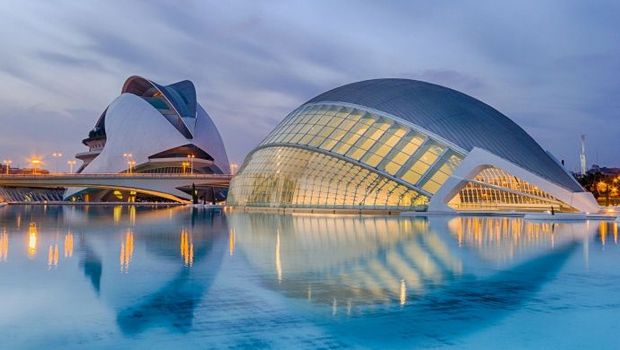 Technology based on natural refrigerant ammonia (NH3) can provide efficient heating and cooling in various heat pump configurations, according to a paper presented by experts from the Oak Ridge National Laboratory at last month’s Gustav Lorentzen conference (held on 18-20 June in Valencia, Spain).

Estimations based on four representative applications show how HFC-free solutions lead to remarkable energy savings and how they are better suited to tackle global environmental challenges.

With CFCs and HCFCs being phased out due to their negative environmental impacts, and HFCs now also being phased down, the ultimate research goal is to find alternatives with zero (or extremely low) ODP and GWP for residential, industrial and commercial applications. Most chemical HFCs, in spite of their zero ODP, still present a high GWP (>140). Natural refrigerants, like ammonia (GWP = 0) and propane (GWP = 3), are therefore promising options as the refrigerants of the future.

The paper presented in Valencia assesses the energy efficiency performance of selected HFCs (R134a and R410A), ammonia and propane in four different heat pump systems. These range from a simple configuration made up of four major components to more sophisticated ones using flash tanks. For all systems, the evaporating (10°C) and condensing (40°C) temperature are fixed, to produce comparable results and allow for an efficient compression process.

In terms of COP, researchers found ammonia to have the highest efficiency in all the cases. The difference with R134a is particularly striking. The mass flow parameter underlines the qualities of ammonia too: this natural refrigerant requires the least mass flow rate among the selected refrigerants. Together with its optimal performance in terms of volumetric capacity, NH3-based systems are at the same time more efficient and more compact when compared to the HFCs under analysis.

The lab tests highlighted also the properties of propane. Despite its lower coefficient of performance compared to ammonia and R410, it may serve as a sustainable replacement for R134a. It also presents a lower mass flow rate than the two HFCs considered, implying that R290-based systems require less compressor power consumption and refrigerant charge.

The last parameter under analysis, irreversibility, also leads to interesting conclusions. Thanks to ammonia’s relatively smaller mass flow rate, NH3 has the smallest overall irreversibility. It means that when using HFCs in thermodynamic processes such as heating and cooling, it is significantly more difficult to restore the environment to its own initial conditions. This result is in line with the higher GWP of HFCs compared to natural refrigerants (R134a is efficient in only one of the four configurations, while R410A always has the highest irreversibility).

The study therefore demonstrates how natural refrigerants (ammonia in particular) can potentially replace HFCs in heat pump applications, given their satisfactory performance in terms of volumetric capacity, mass flow rate and irreversibility.

The paper was presented at the 13th IIR Gustav Lorentzen Conference on Natural Refrigerants by Kashif Nawaz, Moonis Ally Raza and Omar Abdelaziz (Oak Ridge National Laboratory, USA). The event took place on 18-20 June in Valencia and gathered more than 250 experts from all over the world.