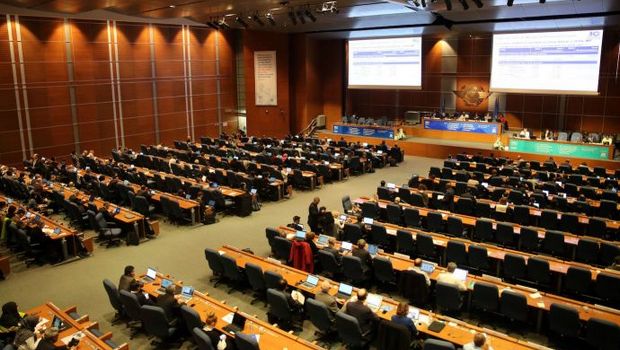 As global efforts to phase down production and use of f-gases pick up pace, illegal trade in HCFCs is increasing and there are already signs of an illegal trade in HFCs, the Environmental Investigation Agency (EIA) warned at an ATMOsphere Network event at the 29th Meeting of the Parties to the Montreal Protocol (MOP 29) in Montreal, Canada on Tuesday.

Licensing systems currently in place in some countries must be rolled out worldwide, while customs officials must be trained in how to spot illegal trade in refrigerants, Perry said.

Time to pick up the phase-down pace

”15 years ago, we began calling for a global phase-out of HFCs by 2020,” Janos Maté, a consultant for Greenpeace, the environmental NGO, told the ATMOsphere Network event (organised by shecco, publisher of this website).

“Obviously, given today’s realities, this phase-out won’t happen by 2020,” Maté said. “But we believe that with sufficient resolve, an early phase-out is technologically feasible.”

The Greenpeace campaigner argued that an appreciation of certain climate-tipping points, after which the world will have passed the point of no return, must guide all climate-related policy, “including the elimination of HFCs”.

Arguing that 2017 is on track to be one of the hottest years on record and pointing to the series of catastrophic weather events seen in the past twelve months, Maté stressed the importance of taking every technologically feasible means of action to eliminate human causes of greenhouse gas emissions.

“Rapidly phasing out HFCs is one of the more readily available measures,” he said. Not only would it benefit the climate, but it would also make good business sense by encouraging developing countries to leapfrog HFCs by jumping straight from HFCs to natural refrigerants, “pre-empting yet another phase-out scenario further down the road”.

Also at the event, shecco CEO Marc Chasserot announced a 24-hour global eSummit in September 2018 to discuss the potential of natural refrigerants to help deliver the HFC reduction objectives of the Kigali Amendment to the Montreal Protocol.