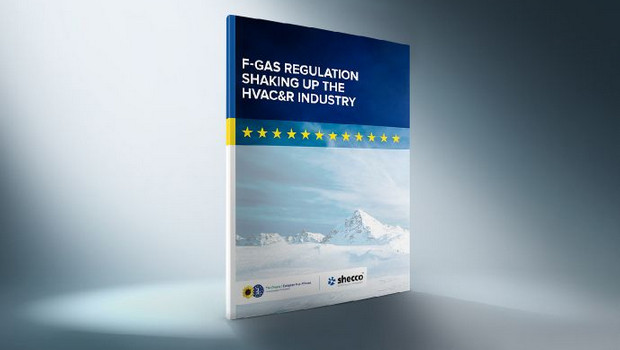 The report, published on 12 October, was prepared by shecco on behalf of the Greens European Parliament political group and shows a marked increase in CO2 transcritical stores and companies that are working with natural refrigerants.

The report entitled ‘F-Gas Regulation shaking up the HVAC&R industry’ builds off of research shecco performed in 2013 to collect information on companies working with natural refrigerant technologies around Europe. The new study found that there are more than 650 of these companies in Europe, up from 400 in 2013. This shows that the Regulation has helped create new green jobs in the heating, refrigeration and cooling sector.

Bas Eickhout, Member of the European Parliament for the Greens stated: “Often environmental legislation is being seen as harmful to the economy. The opposite is true and this study shows that. Good environmental legislation highlights the path of sustainable growth that industry inevitably needs to take. The EU F-Gas Regulation led to boost in the uptake and improvement of natural alternatives. Moreover, it inspired lawmakers all over the world, with the inclusion of HFCs under the Montreal Protocol as very plausible zenith.”

The report surveyed these companies to determine how they prepared for the implementation of the EU F-Gas Regulation and how it has affected their business since coming into force in 2015. The survey found that those who invested in future-proof HFC-free solutions ahead of the Regulation’s implementation were able to increase their competitive advantage over those who reacted after the law went into effect.

Moreover, 50% of survey respondents stated that the overall phase-down of HFCs would have the most significant impact in shifting away from high-GWP refrigerants across all sectors. Nevertheless, the research findings indicate that sector-specific bans on HFCs are the most effective measure driving the industry towards long-term technologies, while avoiding intermediary steps.

Supermarket refrigeration is an example of a sector where a ban on certain HFCs (to be put in place in 2022) has already significantly increased commercial availability of natural refrigerant-based equipment. The findings show that the number of stores using CO2 transcritical technology in Europe has tripled in the past three years. This technology can be found in approximately 8,730 stores, which represents 8% of the European food retail sector. Currently Germany leads the region with 1,958 stores using CO2 transcritical technology.

Report addresses the issue of warm ambient climate and training

Additionally, the report shows that the Regulation has given a strong boost to innovation in technologies for warmer climates. A number of companies have introduced HFC-free solution that have proven to work efficiently even in temperatures of up to 44°C.

The report also highlights the concern that the EU F-Gas Regulation does not currently address the issue of training and certification for HFC-free technology. However, the industry has responded to the growing need for trained personnel with increased availability of training programmes and dedicated centres. Four in five HVAC&R industry experts expect to see this number of people trained on natural refrigerants increase in the next one to two years. Almost 50% of those that do not provide or receive training on natural refrigerants plan to get involved in this type of training between 2016-2020.

Effects of the F-Gas Regulation go beyond the EU borders

Besides the impacts on the European businesses, the report notes the impacts of the Regulation on other countries and regions. It has set a precedent for phasing down climate potent refrigerants and replacing them with readily available climate-friendly alternatives, such as natural refrigerants. The Regulation has therefore been an inspiration for legislators around the world when designing their own rules to limit the emissions and use of HFCs.

The US State of California considers the EU Regulation to be the “best existing programme in the world to reduce f-gas emissions”. Nevertheless, the California Air Resources Board currently working on measures to curb HFCs considers that bans could reduce HFC emissions much faster and they plan to outstrip the ambition of the EU F-Gas Regulation in this area.

Using the experience with the Regulation domestically, the EU put forward a proposal to phase down HFCs under the Montreal Protocol and actively engages in the negotiations currently underway in Kigali, Rwanda. The work that the EU has done domestically serves as a great example of what could possibly be done on a global scale to reduce HFC emissions and thereby avoid 0.5°C of global warming by 2100.