All aboard the NatRef train 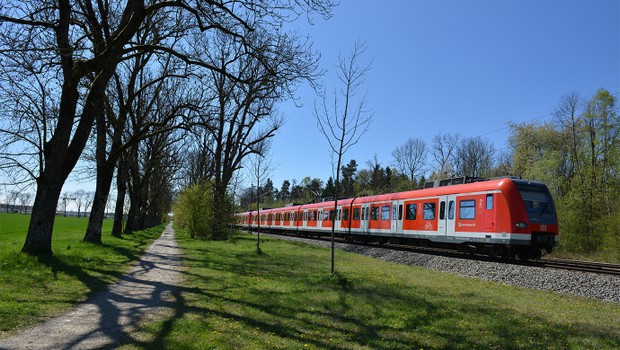 It boldly proclaims on its websites that it is an ‘eco-pioneer’, harnessing the latest technologies to reduce emissions – and natural refrigerants are one step along this journey.

Deutsche Bahn AG is aiming to reduce its group-wide specific CO2 emissions from rail, road, air and ocean transport by 30% (compared to 2006 levels) by 2020 – under the framework of its so-called ‘DB2020+’ goal.

“Every day we’re developing new technologies with the help of external companies so that we can become leaders in the future,” says Martin Hasnik, a project manager for technology management and development at RegioNetz Verkehrs GmbH (‘RNV’), a small wholly-owned subsidiary of DB Regio, the rail arm of DB for regional transportation.

For DB Bahn, one way of achieving the sustainability goals in the DB2020+ corporate strategy is to use natural refrigerants in its air conditioning in all new trains.

“We developed the air con to make a contribution to climate goals. These are set from the government but also in our company under DB2020+,” says DB’s Hasnik.

The German government owns Deutsche Bahn AG, along with the subsidiary DB Bahn, but the group has operated as a joint stock company since it was founded in January 1994 following the reunification of East and West Germany.

The global warming potential (GWP) of the refrigerant used by DB Bahn at the moment, R134a, is approximately 1,300 times that of one unit of CO2.

Replacing R134a with natural refrigerant CO2 will significantly reduce the company’s emissions. “Because we use CO2 as the only refrigerant gas, our emission savings are 100% compared to R134a,” Hasnik says.

The company is well aware of the HFC phase-down implications of the EU’s F-Gas Regulation. “It’s a mixture for us. The company wants to reach the goals of DB 2020+ and limit our emissions […]. F-Gas is coming and we need to adjust to that as well,” Hasnik says.

The EU F-Gas Regulation does not directly apply to trains, but in phasing down HFCs it will most certainly limit the availability of R134a. DB Bahn’s use of natural refrigerants will also aid Germany’s commitment under the EU F-Gas Regulation to reduce the production and use of f-gases by 80% by the year 2030, according to Germany’s State Secretary for the Environment Jochen Flasbarth.

Natural refrigerants, then, are an important step towards the nal destination. But it has been a long journey for Deutsche Bahn to develop a modular CO2 AC system specifically designed for trains.

“[Since 2015] we’ve been developing air con with CO2 as the refrigerant together with an industrial partner, which is the first time it has been engineered in trains,” Sören Claus said, who is head of technical development at RNV and has worked on the project since its inception.

One of the difficulties that DB Bahn has faced since the beginning is that not enough companies in Europe have been manufacturing CO2-based air conditioning for trains and buses. “We have to wait and see how this develops,” Claus said. “We have already invested heavily into this ourselves and we hope it will get more competitive.”