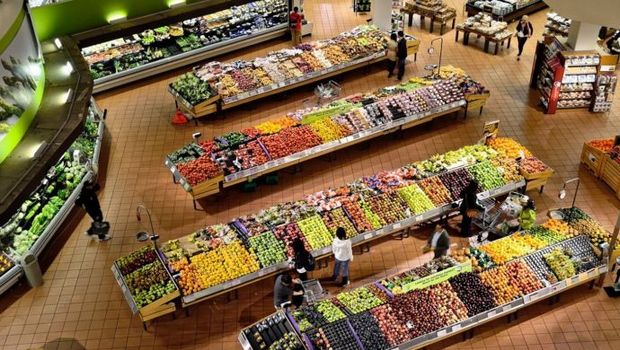 A recent paper argues that multi-ejector CO2 technology in supermarkets can lead to better performances than HFCs in terms in energy efficiency, even in warm climate locations. As a result, the “CO2 equator” could be moved south.

Published in ‘Energy’ on 1 September 2018, the title of the paper is ‘Crossing the CO2 equator with the aid of multi-ejector concept: A comprehensive energy and environmental comparative study’. Authored by Gullo P., Tsamos K.M., Hafner A., Banasiak K., Ge Y.T. and Tassou S.A. – researchers at NTNU, SINTEF, Brunel University London and University of South Wales.

Supermarkets play a crucial role in our society, as they guarantee food safety. On the other hand, in Western countries they are responsible for the 3%-4% of annual electricity consumption. As a consequence, their indirect greenhouse gas emissions and carbon footprint account for significant quantities.

Following international agreements such as the Montreal Protocol (1987) and the EU F-Gas Regulation (2014) limiting the use of synthetic refrigerants, the pursuit of sustainable solutions for the heating and cooling needs of food retail stores is now leading to alternatives, such as CO2-only transcritical systems and R290/R744 indirect arrangements.

Natural refrigerant carbon dioxide could be the most promising option, as it has a GWP of one besides being nontoxic and nonflammable. Nonetheless, long-lasting transcritical operating conditions, due to CO2‘s low critical temperature in warm regions, lead to a poorer energy-efficiency performance than when using HFCs. For this reason, CO2 transcritical systems are considered to work better than HFC-based ones when the outdoor temperature is below 25°C.

Following this reasoning, the ‘CO2 equator’, passing through the northern shore of Mediterranean Sea, was coined to divide Europe into two parts: the North (where R744 remains an efficient choice) and the South (where the warmer climatic conditions pose challenges to the use of CO2).

Thanks to recent technical innovations like parallel compression and multi-ejectors, R744 has become a future-proof solution even for supermarkets in warm regions. This is the conclusion of the paper, which assesses the performance of refrigeration systems in twelve cities around the Mediterranean basin (Algiers, Barcelona, Bilbao, Florence, Istanbul, Madrid, Malaga, Marseille, Naples, Palermo, Porto and Tunis), all below the ‘CO2 equator’ and with an average yearly temperature between 14.1°C and 18.9°C. Eleven of the 12 cities (all but Bilbao) had temperatures between 25°C and 30°C for 500 hours or more per year.

In the scenario excluding air-conditioning demand, compared to an R404A DX system, a multi-ejector CO2 transcritical system would lead to energy savings from 18.6% to 28.6%, with drops in TEWI possibly up to 90.6%. The use of indirect/cascade arrangements would lead to positive results in term of energy consumption, although more moderate. For example, the R134a/R744 cascade unit would allow consuming from 1.9% to 5.3% less electricity, with drops in TEWI possibly up to 65.8%.

Also, when considering the AC demand of the selected supermarket, compared to a R404A DX system for refrigeration and to a R410A chiller for AC, the multi-ejector solution integrated with the AC equipment achieves energy savings from 19.3% to 26.9%, with drops in TEWI possibly up to 90.9%. The R134a/R744 cascade unit, integrated with a R1234ze(E) chiller, can also lead to energy conservations ranging from 1.9% to 4.7%, with a drop in TEWI possibly up to 69.7%.

Additionally, it has also been found that at external temperatures between -10°C and 5°C the CO2 ejector with parallel compression solution is able to even halve the required power input.

To sum up, even when the significant heating load due to AC is considered, the ‘CO2 equator’ can be moved further south than Northern Africa. Authors of the study underline that addressing non-technological barriers (lack of trained installers and technicians, lack of confidence in these solutions, socio-political considerations, etc.) will be crucial to speeding the adoption of multi-ejector systems worldwide.