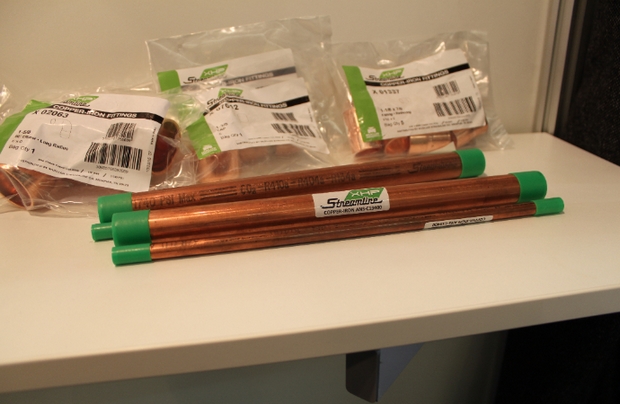 Demand for copper piping capable of withstanding the high pressures of CO2 is increasing in Europe and the United States, Ronnie Nilsson of Mueller Industries told at Chillventa 2016.

Mueller Industries – a manufacturer of tubes, fittings, valves and protection devices for HVAC&R applications – developed the Streamline XHP copper-iron piping for pressures of up to 120 bars and will release a ball valve for CO2 at 130 bars in 2017.

“New more efficient ball valves for CO2 will be up to 130 bars and will be released in the beginning of 2017,” said Nilsson, director of international sales at Mueller Industries.

“We see huge demand – especially in Norway and Sweden, where there are [government] incentives to go green and switch to a green refrigerant like CO2. Their neighbours in Europe are looking at the energy savings you can get [from CO2] so they are also looking to go [transcritical] CO2,” Nilsson explained.

In the US, the CO2 market has been slower to develop. But he believes that this is beginning to change. “It is important to go green. There was a leakage in the US with a bad refrigerant and nobody wants that,” he said.

“The US is a bigger market and it takes time, but it is definitely getting there. There are more and more systems being installed for supermarkets in the US. The Montreal Protocol will also put more pressure on the market,” Nilsson said.