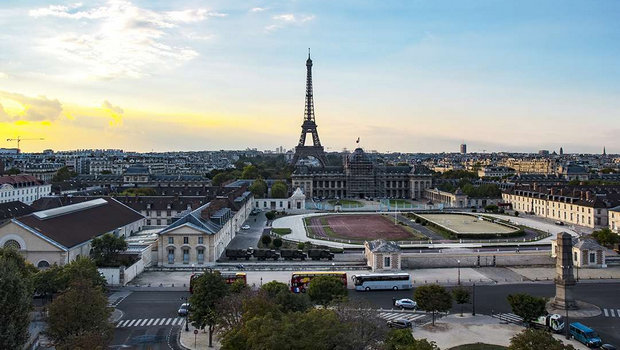 Meeting for the 12th Metropolis World Congress and the 37th General Assembly of the International Association of Francophone Mayors (l’Association Internationale des Maires Francophones or AIMF), almost 140 mayors of the world’s largest cities issued a ‘Montréal Declaration: Cities in the Vanguard to Address Local and Global Issues and Implement the Paris Agreement on Climate Change.’

United Cities and Local Governments (UCLG) and other international networks of cities, including the C40 Cities Climate Leadership Group and ICLEI – Local Governments for Sustainability, joined the Declaration.

In the Declaration, the mayors indicate their determination to exercise leadership and contribute to the resolution of local and global issues that affect urban populations as well as the entire world. The Declaration, inter alia, reaffirms mayors’ commitment to ensure effective implementation of the Paris Agreement, the New Urban Agenda and the Sustainable Development Goals (SDGs), in particular SDG 11 (sustainable cities and communities).

The 12th Metropolis World Congress and the 37th General Assembly of the AIMF took place in Montréal, Canada, from 19-22 June 2017. The congress convened under the theme ‘Global Challenges: Major Cities in Action.’

With nearly 140 members, Metropolis, a World Association of the Major Metropolises, is the global network of major cities and metropolitan areas, which serves as the hub and platform for metropolises to connect, share experiences and mobilize on a wide range of local and global issues.

The AIMF is one of 20 founding members of the World Association of the Major Metropolises. It currently has nearly 300 member cities in 51 countries in Africa, Europe, Asia and the Americas.