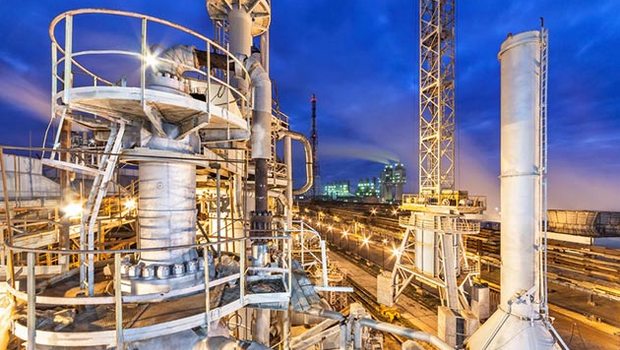 Researchers at the University of Notre Dame, Indiana, are developing a renewable energy approach for synthesising ammonia.

Despite its reputation as a natural, environmentally-friendly refrigerant, the production of ammonia relies on the Haber-Bosch process developed in the early 1900s – a process which relies heavily on non-renewable fossil fuels and production in large plants.

The new process, published in Nature Catalysis, uses a plasma — an ionised gas — in combination with non-noble metal catalysts to generate ammonia at much milder conditions than is possible with Haber-Bosch.

The energy in the plasma excites nitrogen molecules, one of the two components that go into making ammonia, allowing them to react more readily on the catalysts. Because the energy for the reaction comes from the plasma rather than high heat and intense pressure, the process can be carried out at small scale. This is said to make the new process well-suited for use with intermittent renewable energy sources and for distributed ammonia production.

“The goal of our work was to develop an alternative approach to making ammonia, but the insights that have come from this collaboration between our research groups can be applied to other difficult chemical processes, such as converting carbon dioxide into a less harmful and more useful product. As we continue studying plasma-ammonia synthesis, we will also consider how else plasma and catalysts could benefit other chemical transformations,” said Jason Hicks, associate professor of chemical and biomolecular engineering.

Learn more about the study, which was funded by the Department of Energy, at https://www.nature.com/natcatal/.