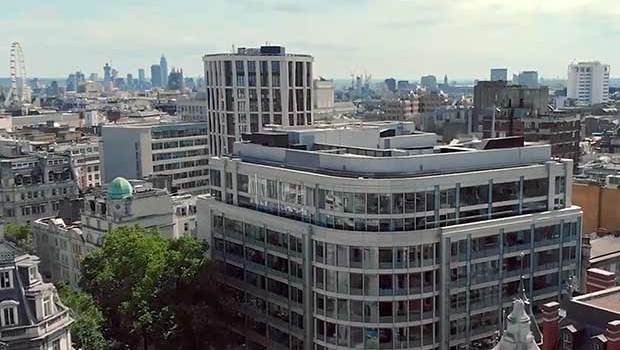 In one of its largest and tightest air conditioning projects, LG has seen 350 fan coil units and 28 condensers installed in 10 weeks at a London office block.

The design and build project for WeWork and its contractors and installers at Aviation House, on Kingsway in central London involved the refurbishment of 14,394m2 of office space over eight floors with a full CAT A fit out. The entire project had a timeframe of just sixteen weeks.

“The timeframe was tighter than any previous project undertaken by LG in the UK and saw exceptionally close liaison between LG and main contractors Kentex Services, to get the job completed on time,” he explained.

“The latest LATS software helped contractors and installers determine everything from changing evaporation temperatures, setting noise values and configuring the capacity for variable fan speeds to electrical inputs as per actual design and equipment selection.” 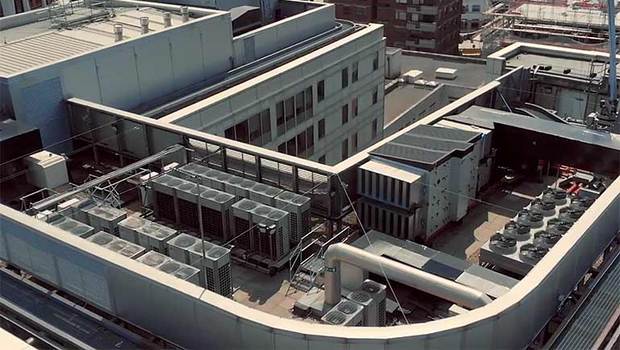 Yousef Juji, Surrey-based Kentex’s senior mechanical design engineer, described the key challenges to overcome on the project as “not unlike a hurdles race”.

“Once one had been overcome successfully there was another immediately ahead, and another, and another. Not least of these were the environmental challenges. The installation needed to meet the allowable noise level standards without losing capacity,” he said.

WeWork’s Aviation House sits between commercial and residential spaces, and has a limited rooftop space for the external units, necessitating for some of the external units to be located at ground level. These required soundproof walls to ensure noise regulations were complied with. These inevitably caused air suction capacity loss. Devising the most viable design of acoustic chamber through accurate analytical skills was the first hurdle to overcome. 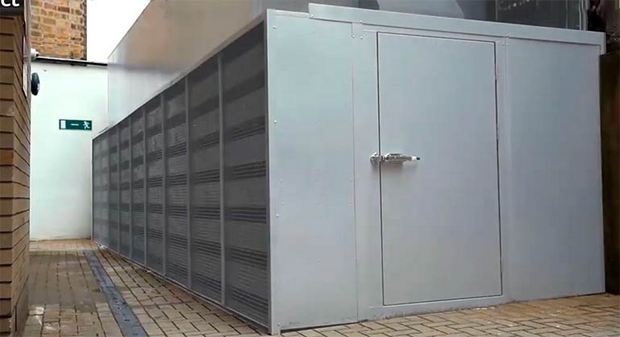 The limited rooftop space meant that some external units had to be located at ground level. A special acoustic chamber had to be designed in order to comply with noise regulations

LG attempted to design several types of chamber but according to CFD analysis they were unlikely to achieve the targeted capacity without causing short cycling. At the third attempt however, the design and analysis devised by LG achieved a successful CFD result that confirmed that it could reach the targeted capacity through smooth air suction.

The final hurdle was control – utilising a control system that was compatible with the building’s building management system. An optimal interface with the on-site BMS needed to be developed to enable reliable, comprehensive control.

For this LG installed its AC Smart 5 without the need for any additional devices. AC Smart 5 can easily link LG’s air conditioning units to other existing BMS via BACnet. For this project, tests were carried out to ensure the controller was compatible with the Trend system of the building’s BMS and its controllers.

Installers on the project were Kent-based Skuddair.