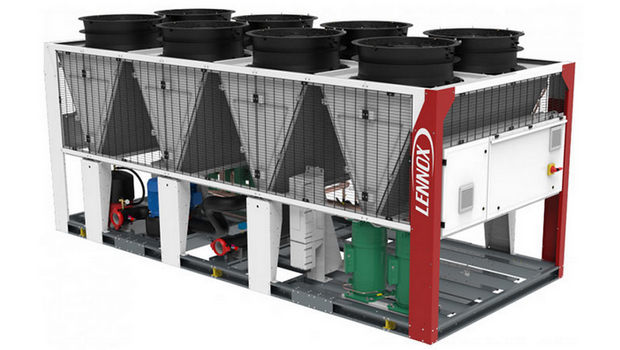 A press release issued by Lennox Germany has announced the launch of an R32 version of its eComfort air-cooled chiller in the fourth quarter of this year.

Lennox says the new chiller, using the lower GWP refrigerant, will be suitable for smaller applications from 170 to 400kW.

The variable-speed scroll compressor employed in the eComfort chiller will offer a significantly improved SEER of 4.93 and surpasses the requirements of the new ecodesign directive that will apply from 2021 onwards.