Illegal refrigerant will be destroyed 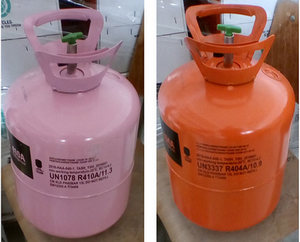 The Bulgarian Customs Agency has announced that the seized refrigerant it was seeking to auction will now be destroyed.

A statement on the agency’s website indicates that no written bids were received by the close of business on Friday for the 977 cylinders of R404A and R410A.

The statement says: “Due to the absence of applicants who purchased documents for participation in the auction procedure in the specified period-21.06.2009, the auction ends without realising a sale, as the goods remain in the Customs Agency and are subject to destruction in compliance with regulatory and environmental requirements.”

There have been no further comments from either the Bulgarian Customs Agency or the European Commission, and it is unclear at this time whether the decision is the result of international pressure. However, the Cooling Post had previously been told that the refrigerant would be the subject of three sales before destruction.

Outside of the F-gas quota system and contained in illegal disposable cylinders, its proposed sale attracted disbelief and anger in the air conditioning and refrigeration community.