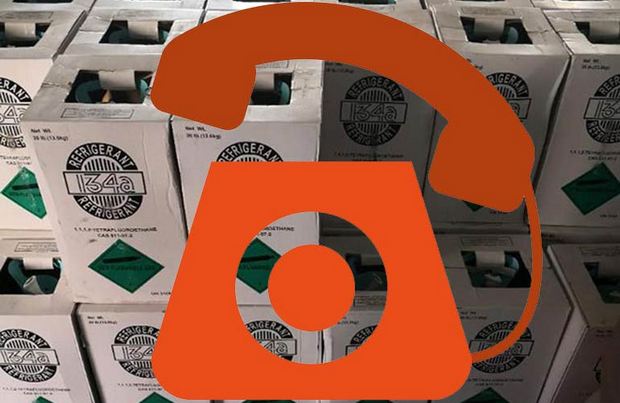 The EFCTC Action Line has received nearly 100 reports of possible illegal trade in HFC refrigerant since its opening three months ago.

The Action Line was set up in March by the EFCTC on behalf of the legitimate refrigerant suppliers. It is designed to provide a confidential means of reporting illegal activity in Europe which is disrupting the market, having a serious environmental impact and threatening the credibility of the European F-gas regulations. The reports and the sources of information received on the Action Line remain confidential and are analysed by an independent consultancy financed by EFCTC.

“Many of the illegal products are being sold online so we urge online platforms to take down adverts and sites that offer illegal HFCs. This poses a risk to the achievement of the EU’s environmental goals and creates a safety risk in the supply chain and to refrigerant contractors.”

Where appropriate, the details, including names and quantities will be shared with EU agencies such as the anti-fraud unit OLAF and relevant member state authorities.

In order to encourage further reports and drive momentum, the EFCTC Action Line has been revised and simplified to aid reporting. It is now available in several languages including German, Italian, and Polish, with additional languages to be added based on demand from members.

Individuals, companies and associations who believe that they have identified illegal trade in HFCs can report it here.