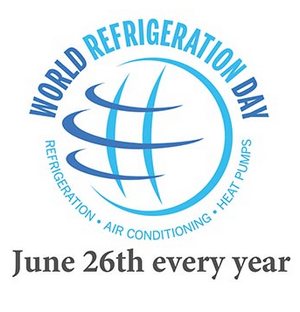 Plans to mark June 26 every year as World Refrigeration Day is continuing to gain support from around the world.

The annual World Refrigeration Day, to be launched on 26 June 2019, has now received confirmed support from the International Institute of Refrigeration (IIR) and EPEE.

Announcing its support, the IIR said: “Refrigeration is essentially a question of temperature and, as such, it only seems natural to celebrate the field on the birthday of the pioneer at the origin of the international unit of temperature, Lord Kelvin (Sir William Thomson) – born 26 June 1824.

“The inauguration of a World Refrigeration Day would not only be an ideal way to recognise the many historical achievements of the industry, but also a means to anticipate and overcome together the challenges we face,” it said.

Launched last month, Steve Gill says the idea has already gained support from associations and societies from USA, India, Pakistan, Philippines, Thailand, Australia, Africa and across Europe. EPEE, the European Partnership for Energy and the Environment, which represents the refrigeration, air-conditioning and heat pump industry in Europe has also added its support, as has the European contractors group AREA.

“It is intended that World Refrigeration Day will serve as a means of raising awareness and understanding to the general public of the significant role that the refrigeration, air conditioning and heat pumps industry and technology play in modern life and society with RACHP and HVACR organisations and professionals around the world undertaking a range of activities,” Steve Gill explained.

As an expression of its commitment to promoting refrigeration around the world and its determination to attract top talent to the industry, the IIR says it will collaborate with its member-country delegates, its international experts, and various regional and national associations to organise initiatives to be celebrated on this special day.