Hydrocarbons 'could replace' most synthetic refrigerants 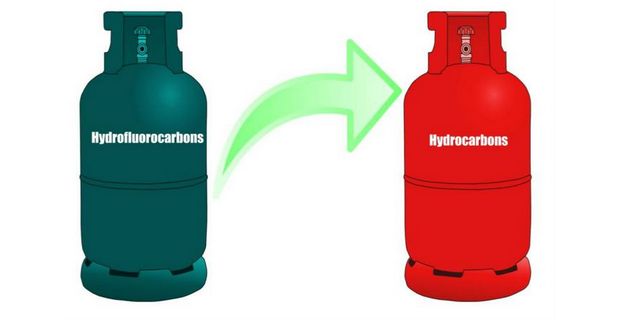 Hydrocarbons are ready to move into a host of applications, asserts a new paper from European natural refrigerant advocates Eurammon.

Hydrocarbons – natural refrigerants made as a by-product of natural gas production, or in oil refineries – have huge potential to replace HFCs being phased down under the Kigali Amendment to the Montreal Protocol, according to Eurammon, a joint European initiative of companies, institutions and individuals advocating increased use of natural refrigerants.

“In a number of fields, hydrocarbons are feasible in many areas as a sensible alternative to synthetic refrigerants because they feature similar pressure levels and similar specific refrigerating capacities. They have application-specific advantages when selected correctly,” Eurammon argues in its latest information paper.

Hydrocarbons are already used in many applications:

Hydrocarbons could especially benefit from the Kigali Amendment to the Montreal Protocol – agreed in the Rwandan capital last October – to phase down HFC consumption in developed countries by 85% by 2036 (compared to a 2011-2013 baseline period).

Eurammon writes that hydrocarbons “have no harmful effect on the ozone layer, and compared with many other synthetic refrigerant substances, their global warming potential is negligible or non-existent”.

Euroammon concedes that hydrocarbons face a number of challenges in that they are highly flammable and combustible, their smell is barely noticeable, and “in the case of a leak they can collect on the ground, displacing the breathable air”.

The group advises compliance with health and safety provisions governing the construction, operation and maintenance of refrigerating systems. The European standard EN 378, the EU’s Pressure Equipment Directive and the ATEX Directive are especially important for manufacturers of hydrocarbon systems in the European Union.

If manufacturers address safety concerns when designing systems, then hydrocarbons have a lot going for them. They have “excellent thermodynamic properties, which reduce the primary energy required for generating a certain refrigerating capacity, and thus the indirect global warming effect,” Eurammon writes.

Hydrocarbons’ TEWI balance (Total Equivalent Warming Impact) – the sum of a refrigeration system’s direct and indirect global warming effects – is a lot better than that of synthetic refrigerants.

The direct global warming effect is low because hydrocarbons like propane have a GWP of just three. The indirect effect is also low due to the excellent thermodynamic properties of hydrocarbons.

Unlike synthetic refrigerants, hydrocarbons are also very cost-efficient. The price differences are not only noticeable when initially charging the system, but also when refilling after leakage loss.

“Propane, for example, is considered to be one of the most efficient refrigerants,” Eurammon asserts. “Due to their beneficial properties, hydrocarbons also have the potential to develop new areas of applications.”