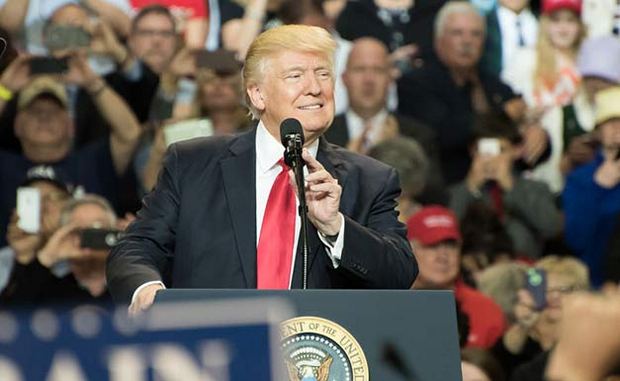 The US manufacturers’ group AHRI insists that the US withdrawal from the Paris Climate Accord will not change the HVACR industry’s commitment to energy efficiency and environmental stewardship.

“The fact that the United States government has decided to seek alternative avenues other than the Paris Accord to address its energy and environmental objectives does not in any way alter the resolve of America’s HVACR and water heating industry to reduce the environmental impact of the products and equipment we manufacture,” said Stephen Yurek, AHRI president and CEO.

“Our industry has demonstrated its commitment to energy efficiency and environmental stewardship both domestically and abroad, which is evident in the global array of heating, cooling, water heating, and commercial refrigeration products that are more technologically advanced – while being more energy efficient – than ever before,” he added.

However, there was no word on whether Donald Trump’s decision to withdraw the USA from the Paris agreement might be followed through with the world’s second largest polluter turning its back on ratification of the Kigali Amendment to phase down HFC refrigerants. During Donald Trump’s Paris-withdrawal statement today he also stated: “Many trade deals will soon be under re-negotiation.”

Last month, Stephen Yurek told the Washington Examiner: “We’re trying to keep it [Kigali] separate from the Paris discussions because they are two completely different agreements. It’s a partnership between industry, government and environmentalists, and so that’s what we have been telling the administration.”

Despite the fears, many think that the Trump administration will ratify the Kigali amendment. While the majority of US industry urged Trump to stay within the Paris agreement, the HFC phase-down is likely to attract less opposition and is backed by world leading US refrigerant manufacturers Honeywell and Chemours.

Following Trump’s announcement, Francis Dietz, AHRI’s vice-president, public affairs, told the Cooling Post that Kigali and Paris were two very different agreements, and the AHRI did not believe that they should be linked.

“The Kigali agreement involves only a refrigerant phase down and is supported by industry and environmental groups alike,” Dietz said. “For those reasons, it is our hope that the Paris decision will not have a bearing – or at least not an undue one – on Kigali. Time will tell, but no one on the administration this far has made any negative comments about Kigali, which certainly was not the case with Paris.