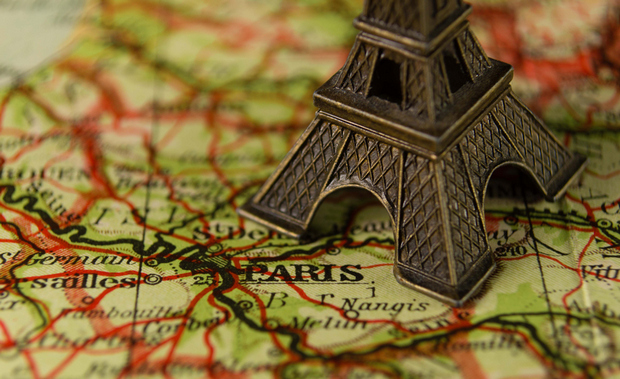 It’s probably not the best ice breaker to use unless you’re up for a debate. It is, however, a hot topic of conversation throughout the HVACR industry, and, depending on who you ask, you’ll find a number of different answers in terms of the impact of those three words.

At its core, the Paris agreement is a nonbinding accord that establishes a mechanism to review national-level actions to address climate change and creates a process of submitting and reviewing the national climate action plans, or Intended Nationally Determined Contributions (INDCs), on a regular basis.

However, it’s important to note that although the Paris agreement sets forth national targets for reducing greenhouse gas emissions, it imposes no penalties for countries that miss their targets.

The ultimate objective of the accord is to ensure global temperature rise stays well below 2°C.

President Donald Trump’s decision to withdraw from the Paris agreement is typical politics — either you agree, you disagree, or you agree to disagree.

As one may expect, industry opinions ran in all directions. While Barton James, senior vice president of government relations, ACCA, said, “[The Paris agreement] did absolutely nothing for climate,” Ken Robinson, co-owner, Climate Pro Mechanical, Orange County, California, said, “It makes me feel like I belong to a third-world country now.”

While those two statements seem to land on the extreme opposite ends of the spectrum, there were also some industry experts who settled on opinions somewhere in the middle.

Though the responses may vary, there is one underlying message that most, if not all, HVACR manufacturers, distributors, and contractors are trying to convey: Regardless of what impact Trump’s decision may or may not have on the future, the industry will continue to move forward on the same path it has been on — the path of environmental stewardship and green initiatives.

“There’s nothing wrong with each country trying to do the best for its citizens, but we have to balance that with the planet,” said Don Langston, president and CEO of Aire Rite Airconditioning & Refrigeration Inc., Huntington Beach, California, and national chairman of ACCA. “We’re all citizens of the world.”

During his campaign, Trump made it clear that his intentions were to reduce regulations and withdraw from the Paris agreement.

“The president is fulfilling a campaign promise,” said Gordon McKinney, vice president and COO, Icor Intl. Inc. “This decision and the freeze on adding new regulations are giving the industry a much needed breather. The vast majority of end users I encounter openly support the Trump decision, and there are many more at the distribution and manufacturing levels who support his decision but are reluctant to admit it publicly.”

Public policy has misled consumers into believing increased efficiency simply comes down to installing a newer, more efficient piece of equipment, according to Langston. He said everyone — consumers, the administration, and industry professionals — needs to think outside of the box.

“The singular focus on the equipment — the ‘box’ in trade lingo — is misguided and short-sighted,” he said. “Improved energy efficiency is not an equipment issue; it’s a behavior issue. The longtime focus on the box is the behavioral issue that needs to be addressed if we want to make meaningful strides to reduce our carbon footprint.”

Both James and his colleague, Todd Washam, director of industry relations, ACCA, agreed the environmental impact the Paris agreement would have is far less powerful than the impact we as individuals can have.

“People who are concerned about their carbon footprints and want to make a difference should start in their own homes and consider whether their systems have been installed properly,” Washam said. “It is a well-known industry concern that while manufacturers are struggling to produce equipment that meets all the required standards, the machines are not running at full efficiency once they leave the testing labs.”

“The drive for quality installations is one that ACCA, along with other industry organizations and professionals, has been strongly pushing,” he said.

James is happy to see the U.S. exit such a crippling global agreement.

“The U.S. took it on the chin for this so-called deal,” said James. “We need to get our own house in order before we go signing agreements.”

Though the green initiative started well before the Paris agreement was signed in December 2015 and there were no penalties or enforcement mechanisms defined, some industry professionals still expressed concern regarding the long-term impact Trump’s withdrawal will have on the industry. Many believe this decision will hand over the position as leader of the clean energy economy to other countries, which could cost American manufacturing thousands of jobs and millions of dollars.

“We’re very concerned this will harm the U.S. competitively from a technology standpoint,” said Johnson Controls Inc. in a written statement.

“We already saw what happened to our manufacturing in this industry when we did not participate in the Kyoto protocol,” said Keilly Witman, president, KW Refrigerant Management Strategy LLC, and a founder of the North American Sustainable Refrigeration Council (NASRC). “When the U.S. started turning to natural refrigerants, we had to turn to Europe and Japan because we were not under the protocol, we didn’t have the drive,” she said.

Some contractors are also worried that business void of government stimulus will suffer.

While this decision will most likely have a minimal impact on Robinson’s business, not all contractors are lucky enough to be servicing the Southern California region, where there are many more state-funded initiatives than in most states.

“The Trump decision is not a good decision overall,” said Robinson. “It’s going to hurt. Energy programs will be reduced, and states that were unwilling to participate in rebate programs are going to be less willing to do so. It’s going to reduce how quickly we upgrade our equipment and reduce some of the requirements that will be put out there. The unit efficiency will stay the same, but the system efficiency will go down.

“It’s not going to completely stop those improvements from happening, but I think it will have an impact on our business, and I think that impact is going to be a negative one,” he added.

“It’s extremely regrettable and disappointing that President Trump has decided not to stick to the path in combating climate change,” she said per a news release.

The Paris agreement is a pledge signed by 195 countries. To date, only two countries (Nicaragua and Syria) have refused to sign, and one (the U.S.) has withdrawn. So, what does this mean for the future of global warming and the size of the carbon footprint that we will leave behind? There are arguments to carry both sides.

“We want to be good neighbors and get along with other countries,” said Langston. “Trump’s withdrawal could make that more challenging in the days or years to come.”

But, Tim Wentz, president of ASHRAE, said the industry will likely stand pat on its journey forward.

“Our mission will not waver as geopolitical tides rise and fall,” he said per a release.

You’d be hard-pressed to find an HVACR manufacturer, distributor, or contractor out there who says they aren’t looking forward to the newest developments in energy-efficient products, Melchi noted.

“Everybody’s going that way, and everybody has made significant investments to do it,” he said.

Trane opposed the withdrawal, signing a full-page letter that urged the U.S. to stay in the Paris agreement. Despite the outcome, Trane and several other companies are upholding their commitments to improving their environmental footprints.

So, what seems like a country and an industry divided is actually one that’s quite united.

Langston quoted Stephen Covey when he said, “Begin with the end in mind. The end goal for us as a nation, an industry, and, hopefully, as individuals is to leave behind a planet that’s livable for generations to come, to make the smallest carbon footprint possible, and to invest in renewable energies for the future.”

Despite the political decisions on climate change, Stephen Yurek, president and CEO, Air-Conditioning, Heating, and Refrigeration Institute (AHRI), believes the industry will be just fine.

“The fact that the United States government has decided to seek alternative avenues other than the Paris accord to address its energy and environmental objectives does not, in any way, alter the resolve of America’s HVACR and water heating industry to reduce the environmental impact of the products and equipment we manufacture,” he said, per a release.

“This doesn’t have to be a setback — this is an opportunity to remind everyone that they can play an important role in reducing their carbon footprints and be good stewards of our planet,” said Langston.

“People should just do what’s right,” added James. “We don’t need the government to lead us down that road.”