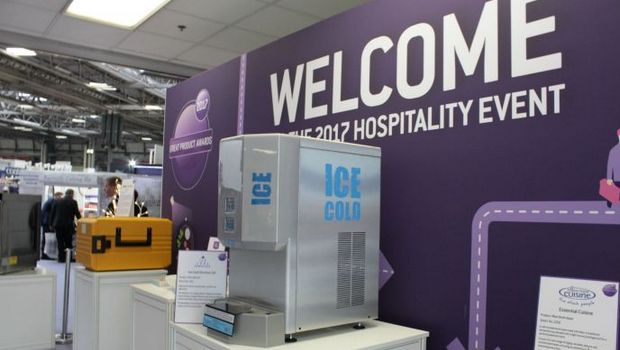 An R290 icemaker was honoured at the Great Hospitality Show – an international HORECA tradeshow taking place in Birmingham, UK on 23-25 January – for its energy efficiency.

The Triton MK4 IW, a small icemaker with a refrigerant charge of 90g, was listed as one of the “12 finest innovations” by the selection panel of the event’s ‘Great Product Awards’.

The director of Ice Cool Services, Bruce Jennings, said: “Hydrocarbons are key to meet the objectives of the Energy Efficiency Directive set out by the European Union.”

To shift towards hydrocarbons, Jennings consulted UK refrigeration trainers Cool Concerns, managed by former IOR President Jane Gartshore, as he was worried about the flammability posed by the refrigerant.

Now he says he is less concerned. “We just had to train our technicians [to use HCs] and now when they go to do servicing they take another ice machine and take the old one back to our offices, which does not involve an extra cost for us,” he said.

Ice Cool Services also uses the HC R1270 for its bigger icemakers, with a higher refrigerant charge of 150g.