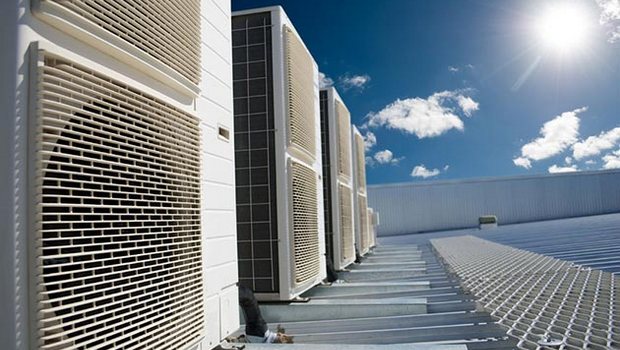 Following the announcement of R466A, an alternative for R410A, its now been revealed that Honeywell is working on a further non-flammable R410A replacement refrigerant with an even lower GWP.

Honeywell created huge interest last year when it announced the introduction of R466A, a blend of R32, R125 and a new component, CF3I. In addition to claims of being non-flammable, its GWP is around 733, a considerable improvement on R410A.

The latest gas under investigation, HDR147, is yet to be assessed by ASHRAE, but is said to have GWP of around 400, and may be a long-term replacement for R410A. Like R466A, it includes CF3I but the other components have not been revealed.

The analysis was performed at typical air conditioning conditions using thermodynamic data from NIST database REFPROP 9.1. The table, above, shows the results of this analysis at ambient temperature of 35°C.

Both refrigerants had lower suction and discharge pressures than R410A, while the compression ratios were very similar to R410A. Discharge temperatures for R466A is about 8°C and HDR147 about 11°C higher than R410A. Theoretical results show that both R466A and HDR147 may have slightly higher mass flow rate than R410A by 5% and 8% respectively.

Tests in a 3 ton R410A residential ducted split heat pump system are said to have indicated that both R466A and HDR147 can match the performance of R410A without significant system modification. Neither, however, are a retrofit option.

Significantly, both are also said to have shown more than 5% efficiency improvements at higher ambient temperatures compared to R410A.